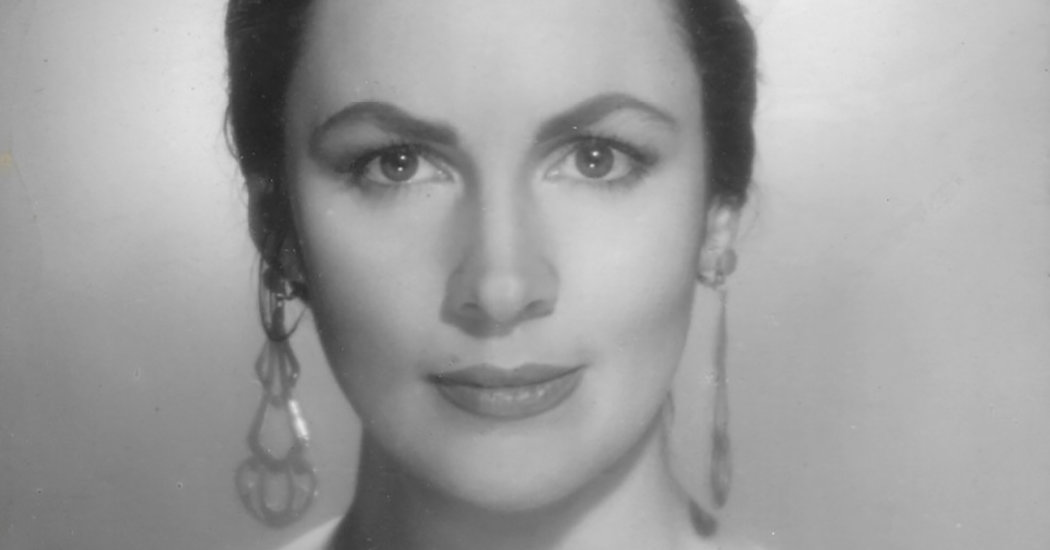 If a quintessential denizen of bohemian Greenwich Village in Manhattan existed, it might have been Yvonne Sherwell, who appeared in a small-budget movie, acted in plays, sang cabaret and wrote a memoir.

But Ms. Sherwell had other sides to an eclectic life: she was a member of the leadership of the Village Independent Democrats political club and worked as a coat checker at the Algonquin Hotel in the early 1980s.

Ms. Sherwell was in need of a part-time job and enjoyed the ambience of the hotel, her daughter, Candela Prol, said. “She liked the glamour of all the writers and journalists and actors and actresses that would frequent the Algonquin Hotel,” she said.

She might have been channeling the spirit of the hotel’s famed Round Table and its wits when she was quoted in a 1981 New York Times article about a surge in popularity of down coats.

“They are the bane of my life,” she said. “I’m convinced they have a life of their own. They visit each other and I’m convinced that they mate. I try to tether them, but they float overhead. I restrain them but they get away from me.”

Ms. Sherwell died on April 6 at a rehabilitation center in Manhattan. She was 92. The cause was the coronavirus, Ms. Prol said.

Ms. Sherwell was born in Waterbury, Conn., on May 27, 1927, to Helen Louise (Jackson) Sherwell, and Guillermo Sherwell. Her mother was a reporter for the Westerly Sun and a playwright. Her father was an executive at Manufacturers Hanover Trust bank with a focus on its South American activities.

Ms. Sherwell moved to New York at 18 to become an actress, and studied ballet and flamenco dancing there.

She married Paul Eugene Rose, a decorator at the Lord & Taylor department store in 1950, with whom she had a son, Anthony Sherwell. She and Mr. Rose divorced and in 1958 she married Julio Prol, a classical guitarist and prominent teacher, and lived with him in Greenwich Village, where they raised their children Candela and Rick. She and Mr. Prol divorced in 1991. Ms. Sherwell later married Christos Demakopoulos. He died in 2012.

Her children and a sister, Carlotta Benacerraf, survive her.

Ms. Sherwell appeared in several Off Off Broadway productions, mostly at La MaMa, where she had the title role in the 1969 production of “Big Charlotte” by John Wallowitch, a musical inspired by the Bette Davis movie “Now, Voyager.”

Ms. Sherwell’s foray into film came in a secondary role in “Life Study,” a 1973 love story directed by Michael Nebbia that also included Tommy Lee Jones in the cast.

She sang cabaret in the late 1990s and early 2000s, appearing several times at Judy’s in Chelsea. Late in life, she self-published a memoir, “Zig-Zag: Or How Not to Louse Everything Up the Way I Did!” (2018), in which she explores her talents and what she considered her unfulfilled potential.

As the promotional copy reads, “I knew what not to do, but I did it anyway!”

“The Boondocks,” “Atlanta,” “black-ish,” “Dear White People,” “Sorry to Bother You” — there are a few shows and movies that

Where You Can See the Stars of ‘Hamilton’ Now

‘Hamilton’ Review: You Say You Want a Revolution

Lin-Manuel Miranda and Disney: Timeline of a Collaboration