U.S. Supreme Court nominee Amy Coney Barrett on Tuesday will face the first of two days of direct questioning from senators, as Democrats try to make the case that her confirmation would threaten health care for millions of Americans.

The Senate’s judiciary committee hearing presents Barrett with a chance to respond to Democratic lawmakers who have been unified in opposing her primarily on what they say would be her role in undermining the Obamacare health-care law and its protection for patients with pre-existing conditions.

“I believe Americans of all backgrounds deserve an independent Supreme Court that interprets our constitution and laws as they are written,” she said on Monday during the hearing’s opening statements.

She could be on the Supreme Court in time for the Nov. 10 arguments in a case in which Trump and Republican-led states are seeking to invalidate the 2010 Affordable Care Act, Democratic former president Barack Obama’s signature domestic policy achievement that has enabled millions of Americans to obtain medical coverage.

It’s also possible she would be asked to weigh in on election disputes.

Little to no chance Democrats can block confirmation

Republicans have a 53-47 Senate majority, leaving Democrats with little to no chance of blocking Barrett’s confirmation.

Barrett, 48, would tilt the Supreme Court further to the right and give conservative justices a 6-3 majority, making even the unexpected victories on which liberals have prevailed in recent years, including abortion and gay rights, rarer still.

WATCH l Barrett vows to follow the law, not make it: 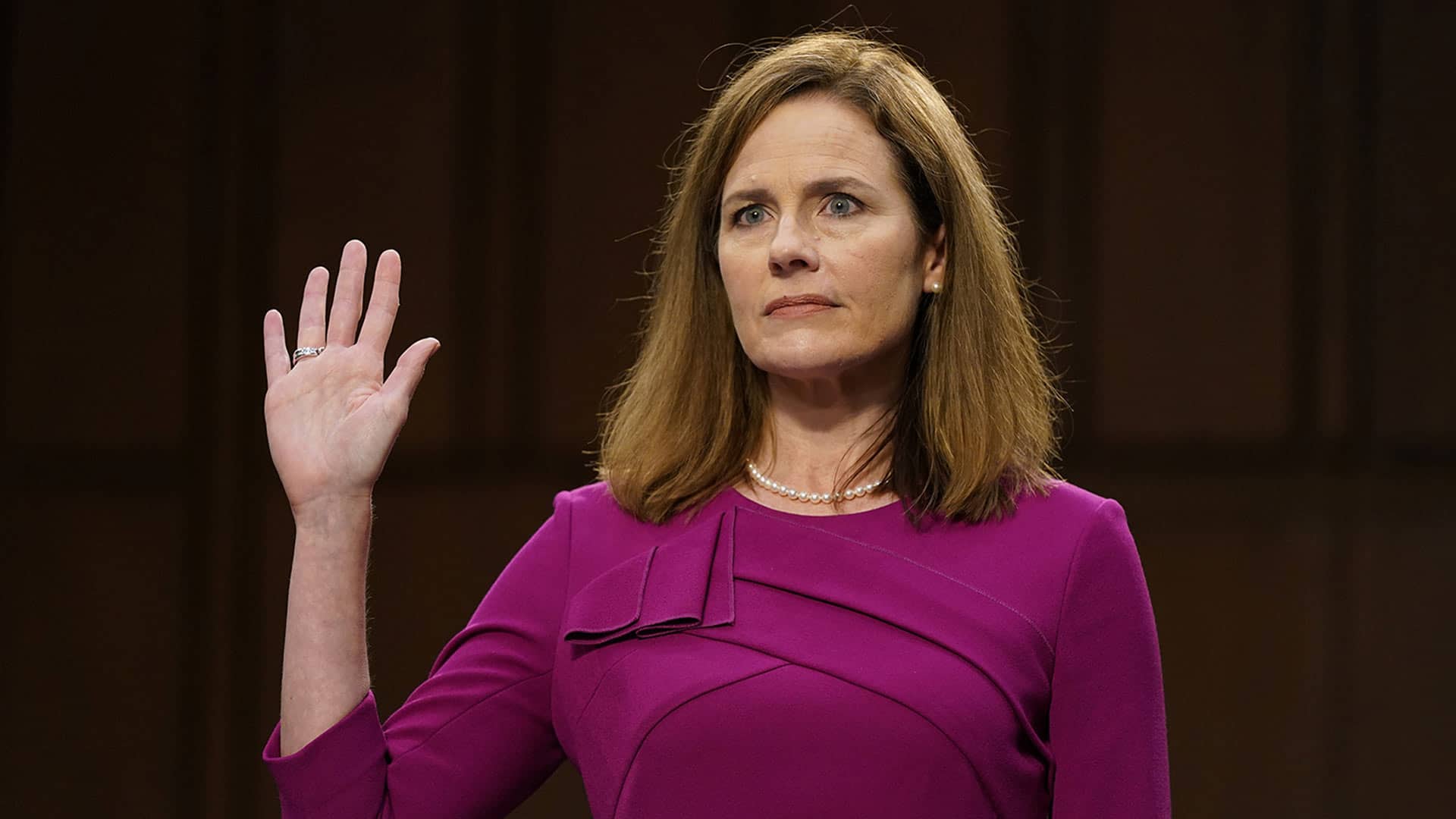 The deep-seated divisions between Republicans and Democrats were front and centre during the first day of Senate confirmation hearings for Supreme Court nominee Amy Coney Barrett. Coney Barrett says she wouldn’t let her personal beliefs impact her judgements. 2:01

Trump’s nomination of Barrett came late in an election cycle when Republican control of both the White House and Senate is at stake. The confirmation hearing format has changed because of the COVID-19 pandemic, with the public excluded and some senators participating remotely.

The hearing is a key step before a full Senate vote by the end of October on Barrett’s confirmation to a lifetime job on the court.