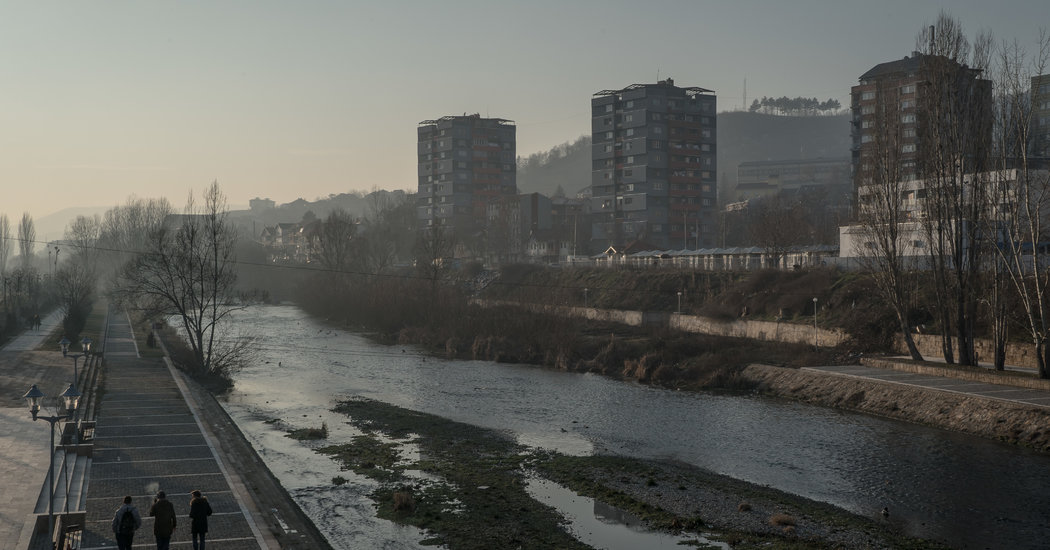 BERLIN — Last October, with the Balkans unsettled and the old tethers of American diplomacy coming apart, the Trump administration dispatched a new envoy to try to solve one of Europe’s longest-running territorial disputes: the two-decade standoff between Serbia and Kosovo.

The move was unconventional. The State Department already had a special envoy to the region, and President Trump’s new emissary, Richard Grenell, was also ambassador to Germany, where his brash style and embrace of right-wing figures broke with diplomatic norms.

Before long, Mr. Grenell offended and alienated European diplomats who had worked hard on Kosovo for years. They accused him of ignoring their own, more evolved peace initiatives, of undermining democracy in Kosovo and of turning a blind eye to budding authoritarianism in Serbia, a Russian ally.

“I’m doubtful that in this way you can really resolve a situation like Kosovo, the way it’s being tried by Grenell,” said Wolfgang Petritsch, a former European Union envoy to Kosovo.

The appointment has been “very detrimental to the solution of the Kosovo issue,” he added. “With Grenell, it’s only been confusion.”

Early this year, President Trump named Mr. Grenell acting director of national intelligence, though Mr. Grenell lacked expertise in intelligence and had a reputation as a partisan warrior, taking on what is supposed to be a nonpartisan job.

That stint, like the one in Berlin, has come and gone, but Mr. Grenell is still hoping to deliver a diplomatic victory in the Balkans before the November election for a president short on such achievements.

Last week, days before a much-disputed Serbian election on Sunday, Mr. Grenell announced on Twitter a surprise meeting between the Kosovar president, Hashim Thaci, and his Serbian counterpart, Aleksandar Vucic, at the White House on June 27.

Mr. Grenell said he intended the meeting as trust-building exercise, limited for now to trade issues, that could provide a platform for peace talks later in the year. His defenders, both Democrats and Republicans, say that before Mr. Grenell got involved, negotiations were going nowhere and they credit him with pushing the two sides closer to a deal.

Critics worry that a visit to the White House rewards two men whose opponents accuse them of undermining democratic institutions, and that the strategy simply won’t work.

Until recently, Republican and Democratic administrations were similarly steadfast in guaranteeing Kosovo’s security, and worked closely with European allies to do so.

But under Mr. Trump, collaboration with European partners has evaporated; next week’s White House summit was arranged without consulting the European Union.

Mr. Grenell has tried to resolve the dispute by asking little of Mr. Vucic, a Russian ally, while heightening pressure on Kosovo and widening its domestic fissures.

“We’ve forgotten who our client is,” said David L. Phillips, a Balkans expert and State Department adviser during the Kosovo war. “It’s not Serbia, but Kosovo, a country we have helped birth, steward and protect.”

Serbia’s backsliding on democracy is evidenced by Sunday’s parliamentary elections, which President Vucic’s party is expected to win by a landslide because most opposition parties have boycotted the vote to protest Mr. Vucic’s autocratic policies.

The Trump administration hopes a victory will give Mr. Vucic breathing space to address the tensions with Kosovo.

“The elections are not a contest, that much is clear,” said Marko Savkovic, program director for the Belgrade Security Forum, an annual politics conference in Serbia.

But after the elections, “there is expectation that there will be momentum,” he said. “But momentum to where? No one really knows.”

Most of the American pressure has been put on Kosovo, not Serbia.

To force Kosovo into dropping tariffs on Serbian goods, which Serbia called an obstacle to dialogue, Mr. Grenell threatened to withdraw American support for Kosovo. Then in March, the U.S. froze $50 million in aid to Kosovo. The same week, prominent Republicans suggested withdrawing American troops from Kosovo.

These interventions exacerbated tensions between Mr. Thaci, the president, and Albin Kurti, the prime minister at the time, prompting a constitutional crisis and the replacement of Mr. Kurti’s government with one closer to Mr. Thaci.

“Kosovo has never seen a diplomat such as Grenell,” said Brikena Hoxha, the director of the Kosovar Stability Initiative, a research group. “Grenell’s style comes across more like bullying than negotiating.”

By contrast, the Trump administration said little about Serbia’s campaign to block Kosovo’s membership in international organizations, and ignored the strains Mr. Vucic has placed on Serbian democracy.

Mr. Vucic’s invitation to the White House means he “implicitly gets support for his autocratic methods,” said Dragan Djilas, a leading opposition politician.

Serbian officials, including Mr. Vucic, did not respond to requests for comment. Mr. Grenell also would not comment, nor did any other American official approached by The New York Times.

A vocal Trump supporter, Mr. Grenell was appointed envoy last October at his own request, stunning career diplomats. An experienced Balkans specialist, Matthew Palmer, had been appointed to a similar position barely a month earlier.

The overlap led to confusion among allies about whom to work with. It echoed the Trump administration’s approach in Ukraine, where resident ambassadors worked alongside a trio of visiting envoys close to Mr. Trump.

Mr. Grenell had shown little previous interest in the region, other than two meetings in Berlin with Mr. Thaci. But he told associates that he had sought the post partly because he believed European mediation efforts had been inept, creating a vacuum for him to fill.

Even before Mr. Grenell entered the fray, the Trump administration had departed from past U.S. policy. In the summer of 2018, American officials expressed openness to fresh solutions to the Serbia-Kosovo logjam, including adjustments to their border.

For years, Americans had opposed redrawing it, in case a realignment along ethnic lines rekindled the conflicts of the 1990s.

But in 2018, the State Department changed course, after what a former U.S. official said was an internal decision to be more assertive in places like the Balkans, to avoid losing influence to rival powers like Russia and China.

The shift concerned some European governments, but it was made in partial coordination with officials from the European Union, which led mediation attempts at the time.

The rupture between American and European policy only fully occurred after Mr. Grenell’s appointment. He wrested leadership of the negotiations from the European Union, and organized summits and news conferences without the bloc’s involvement.

Earlier this year, Mr. Grenell brokered three mini-agreements that he hailed as a breakthrough in restoring transport links between Kosovo and Serbia. But in reality, the two countries signed separate texts with different wording, according to copies obtained by The Times.

The deals were not formal ones, but merely letters of intent signed by minor officials. And they duplicated pre-existing transport agreements brokered by the European Union.

During the recent political crisis in Kosovo, the American embassy posted a Tweet in support of the parliamentary process that led to the toppling of the government, while France and Germany argued against it.

Some of Mr. Grenell’s supporters say that Mr. Thaci and his Serbian counterpart, Mr. Vucic, are secretly brokering a peace deal, validating the American approach. Though nominally figureheads, the two presidents carry influence that far exceeds their constitutional duties.

Behind the scenes, they have reached an understanding on some terms of a future treaty, including the idea of adjusting Kosovo’s borders, according to four former American officials who cited people involved in the negotiations.

The talks stalled when Mr. Kurti, then the prime minister, asserted that he, not Mr. Thaci, had the constitutional right to set policy.

Mr. Grenell spoke out against Mr. Kurti, who he feared might derail whatever momentum Mr. Thaci and Mr. Vucic had created, said James R. Hooper, one of the four former American officials.

Mr. Hooper, a former Balkans expert at the State Department, said that Mr. Grenell “realizes that the window is closing and he wants to get it concluded, ratified and implemented.”

This week, Mr. Vucic also denied he was about to recognize Kosovo’s independence.