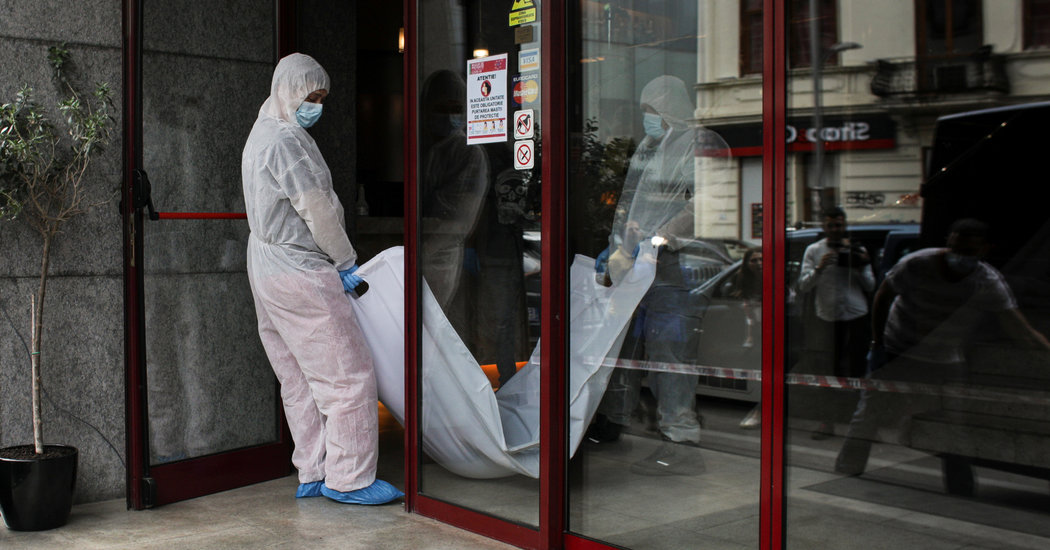 A fugitive Iranian judge wanted by Iran on corruption charges and by right groups for jailing and torturing journalists was found dead of apparent suicide Friday at a hotel in Romania where he had been staying, according to Iranian officials.

The judge, Gholamreza Mansouri, was a co-defendant in a major financial corruption trial involving several senior judges accused of embezzlement and bribery. Mr. Mansouri fled Iran, with Iranian prosecutors saying he absconded with a half-million euros he had obtained through bribery.

Iran’s chief of international policing, Hadi Shirzad, said on Friday that according to information Iran had received from Interpol in Bucharest, Mr. Mansouri had jumped out of a hotel window to his death.

“We have asked Romanian authorities to give us an official statement explaining the exact reasons this incident had happened,” said Iran’s Foreign Ministry spokesman, Seyed Abbas Mousavi.

The Iranian authorities had issued an alert for Mr. Mansouri’s arrest through Interpol and had requested he be extradited to Iran to face trial. Mr. Mansouri was arrested in Romania last week but was residing at the Duke Hotel in Bucharest, the capital, while the police monitored him. He had been forbidden from leaving the country.

The police in Bucharest on Friday night confirmed that a foreign national staying at the hotel, and who was under police watch, had fallen to his death in what the preliminary investigation indicated was a suicide.

News that Mr. Mansouri had fled to Germany only became public in Iran last month, when the corruption trial began. His escape from prosecution, possibly carrying loads of cash, has created outrage in his home country.

The Iranian authorities were not the only group pursuing Mr. Mansouri.

Reporters Without Borders, a press advocacy group, filed a legal complaint in courts in Germany and Romania requesting he be arrested on charges of crimes against humanity.

Mr. Mansouri was well-known in Iran for harsh sentences against journalists, sending at least 20 journalists to jail and solitary confinement and threatening their families.

“He was a judge only in name, but in reality he was a tool of oppression for free information and the media in Iran,” said Reza Moini, the head of the Iran department of Reporters Without Borders.

Mr. Mansouri released a video recording of himself on June 8 after he had reached Germany, saying he had come for medical treatment and would return to Iran and take part in the trial. He was soon arrested in Romania.

The secretary general of Reporters Without Borders, Christophe Deloire, said in a Twitter message on Friday that the sudden death of Mr. Mansouri, given its complaint against him for torture, arbitrary detention and persecution, was a “denial of justice.”

Mr. Moini said the organization was calling for a transparent investigation to answer why and how Mr. Mansouri had died and that it did not rule out the possibility of murder.

“The Islamic Republic would have an incentive to kill him and so would his co-defendants because of what he knew,” Mr. Moini said.