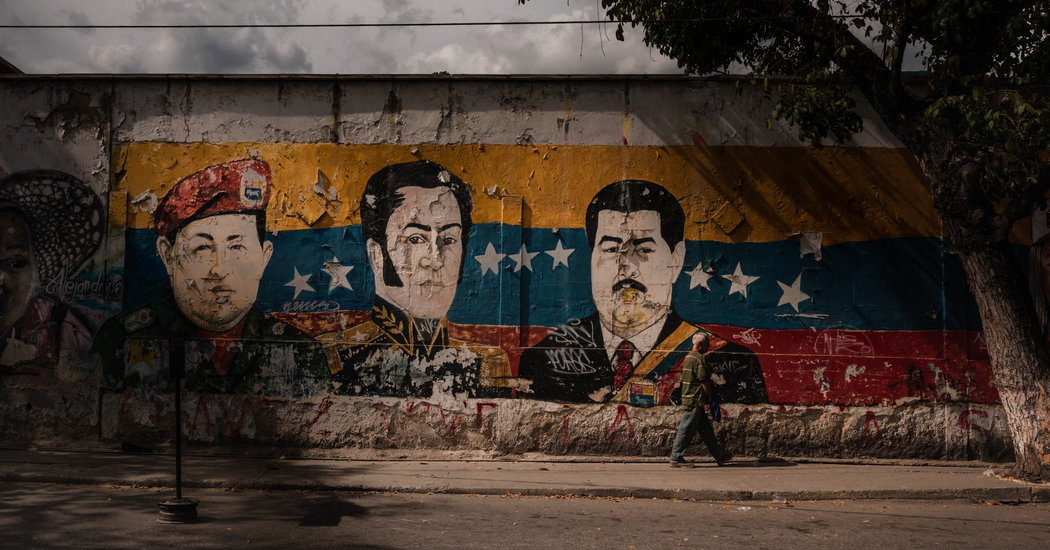 A crush of Venezuelan government agents entered the home brandishing guns but not a warrant, and took Ariana Granadillo away. Over the next week, they confined, beat, interrogated and nearly suffocated her, then let her go as abruptly as they had taken her in.

While her sister searched for her for days, unable to pry any word from officials, her captors told Ms. Granadillo, then 21, that they were counterintelligence agents. She had “never, ever, ever, ever been involved in politics,” she said in an interview, but she soon learned that her ordeal was not unusual.

Secret detentions, known under international law as “forced disappearances,” are playing a critical role in the Venezuelan government’s increasingly authoritarian efforts to control its population, discourage dissent and punish opponents, according to a new report by two human rights groups, provided exclusively to The New York Times.

The report, made public on Friday, documents 200 such cases in 2018 and 524 last year, a jump it attributed to increased protests as Venezuela endured successive political and economic crises, and the government’s repressive responses. It was produced by Foro Penal, a Venezuelan group that meticulously tracks the cases, and Robert F. Kennedy Human Rights, a nonprofit organization based in Washington, D.C.

Investigators documented many kidnappings in which authorities arrived in unmarked cars, presented neither identification nor warrants, confiscated cellphones and computers, and said little as they cuffed and hooded people. More than 20 percent of the victims reported being tortured while held captive.

Using international law as a guide, the groups defined forced disappearance as a detention lasting two days or more that, unlike an ordinary arrest, included state denial of any information about a person’s whereabouts.

The report adds to an already large body of evidence of human rights violations committed by President Nicolás Maduro and his allies, including widespread reports of torture and an assessment by the United Nations that Venezuelan security forces have committed thousands of extrajudicial killings.

The government did not respond to a letter seeking comment.

Forced disappearances are considered by international law to be a crime against humanity if they are proven to be systematic. The authors of the Venezuela report call the practice “one of the most serious and cruel violations of human rights” because it places victims “in a state of absolute helplessness.”

The tactic is reminiscent of the right-wing Latin American dictatorships that Mr. Maduro and his predecessor, Hugo Chávez, long opposed. Argentina and Chile were infamous for secretly detaining — and often murdering — people in the 1970s and 1980s.

In Venezuela, the new analysis found, the average disappearance lasted just over five days, suggesting the government sought to instill fear while avoiding the scrutiny that might accompany large-scale, long-term detentions.

The motives behind disappearances appeared to vary, according to interviews conducted by Foro Penal, including extraction of information, silencing dissidents or temporarily removing political opponents from the public sphere. Last year, 49 people disappeared following what the report called “protests due to failures in basic services,” like water or electricity.

The Maduro government may also be using women like Ms. Granadillo as bargaining chips, sometimes seizing female loved ones in an attempt to terrorize male targets.

Her only apparent offense, Ms. Granadillo said, was that her father’s second cousin was a colonel whom the government viewed as a political opponent.

Ms. Granadillo, a medical student, was abducted for the first time in February 2018, when she was living at the colonel’s home outside Caracas, near the hospital where she was about to begin an internship.

The agents who burst in demanded that she and a cousin go with them for questioning, loaded her into a white car, handcuffed her and “let us know that from that point they were the owners of our lives,” she said.

They led her, blinded by a hood, into a building pulsing with loud music, pushed her into a bathroom and threatened her with a knife, questioning her about the colonel’s location. She and her cousin spent the night there, forced to relieve themselves in front of a captor.

“At some points,” she said, “we could hear the screams of other people who were evidently being tortured.”

The next day, agents forced her to sign a document “where we promised not to divulge all the abuse” and let her go. Two days later, she began her internship, determined to finish medical school.

But three months later, the agents returned — this time in the morning, while she lay in bed. They loaded Ms. Granadillo and her parents into a plate-less taxi with darkened windows, tied their hands, pulled the hoods over their faces and took them to another house.

After being interrogated and struck, she said, she spent the night in a cell below the stairs. The next day, agents gave her water and a bit of food and “stressed that no one even knew that we had been kidnapped,” she said. Then a female agent came close.

“She looked me in the eyes and without a word took a bag from her fist and placed it over my face, covering it completely,” she said. “One of the men held my legs and my hands were tied behind my back.”

Unable to breathe under the plastic, she recalled, “I became desperate so fast that in seconds I felt asphyxiated.”

At times she could hear the agents beating and questioning her father.

After a week, officials dropped Ms. Granadillo and her parents on a roadside in Caracas, the capital, she said. They eventually fled the country and now live in a small town in Colombia.

Without her academic records, she has not been able to resume her medical training. Many of her friends in Venezuela have distanced themselves, fearful of government retaliation. She is 23 and forever changed, she said, scared of door knocks, constantly anxious, fighting a deep depression.

She misses “the innocence I had before all this happened,” she said. “Because I discovered an evil in human beings that I did not know existed.”

Mr. Maduro has come full circle from his student days as an activist denouncing human rights violations by Venezuela’s pro-American governments during the Cold War.

When his mentor, Mr. Chávez, swept to power in 1999, the new left-wing government promised to do away with the abuses of the previous system and create an equal and democratic society. Instead, Mr. Chávez jailed opponents selectively to neutralize rivals and consolidate power.

This targeted persecution gave way to systematic use of repression and fear, human rights advocates say, after Mr. Chávez died in 2013 and Mr. Maduro took power.

And, according to the new report, forced disappearances became tools to weaken rivals like Gilber Caro, a charismatic opposition lawmaker. Security forces have jailed him three times since early 2017, despite his parliamentary immunity.

Mr. Caro has been held for a total of nearly two years in jail, often in locations unknown to his family or lawyers, without being convicted of any crime.

In the brief periods of freedom between disappearances, Mr. Caro told friends about the torture and abuse at the hands of security forces, and carried on with his social work and parliamentary duties.

But people close to him say the torture, jail deprivations and pain of living under the constant threat of abduction have traumatized Mr. Caro. By last year he had become a quiet, introspective man who struggled to maintain a conversation at public events.

He was last detained by special operations police in December. His whereabouts was unknown until a month later, when he was charged with terrorism in a closed court without a legal counsel.

He remains in jail pending trial.

The United Nations Working Group on Enforced or Involuntary Disappearances has asked the Venezuelan government to allow its members to visit and assess the country’s use of the practice.

“We’re waiting,” said Bernard Duhaime, a member of the group, “for them to let us in.”