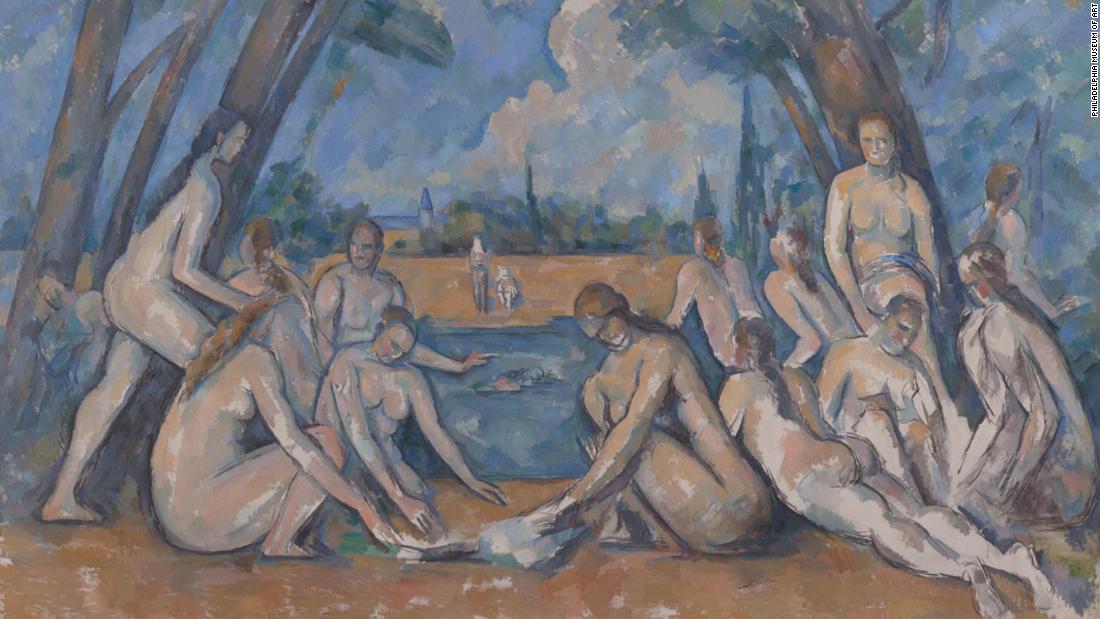 In many parts of the world, cleansing one’s body has become an individual, daily ritual — a quick, steamy shower in the morning or a longer bath to unwind at night. But historically, our bathing habits have been imbued with deeper meanings.

In Ancient Greece, bathhouses were a place for men to wash after sport or swap philosophical discussions (some even contained libraries), while in the Middle Ages, men and women in Europe gave up bathing altogether, for fear it would spread disease. Perfumes and cleansing ointments replaced steam and water, with elaborately adorned bottles and containers linking affluence to health. Fast-forward to the 1960s and ’70s, where bathhouses in New York City became safe havens for gay men to relax, socialize and seek pleasure.

Rembrandt’s intimate and sensual take on the Old Testament subject “Bathsheba at Her Bath,” painted in 1654. Credit: Musée du Louvre

Through objects and artworks, the book “Body. Gaze. Power: A Cultural History of the Bath” charts the evolution of bathtubs and bathing accoutrements across cultures and eras, reflecting each period in their design and purpose.

“The bath can seem like a frivolous or amusing topic, but in fact it turns out to be a very particular place and time for socialization, where one exposes oneself — we literally get naked — where we interact with ourselves, our bodies and our intimacy, but, in the context of public baths, also with others,” writes curator Camille Faucourt in the book. “This space-time has no equivalent in our daily social interactions.”

A place for purity and gender roles

The phrase “cleanliness is next to godliness” originates from an 18th-century sermon, but the connection between good hygiene and religious purity is ancient.

In “Body. Gaze. Power,” curator Florence Hudowicz refers to ancient Greek playwrights who implied a person’s virtuosity or debauchery was based on the temperature of water they preferred to bathe in. In a Greek pottery work from around 425 BC, the god Eros flies above a female bather. She signals that washing oneself “was also practiced before marriage in order to purify the body of the bride and ensure her future fertility,” write Hudowicz and Faucourt.

Though in Ancient Egypt, architectural remains show men and women may have bathed together, Ancient Greeks and Romans were separated by gender. Depictions of their routines in art show athletic, nude men scraping the dirt away after vigorous exercise. Women’s routines were shown as more private — sometimes clothed or nude, surrounding a cauldron of water.

A detail of a pottery work attributed to Athenian vase painter Onesimos circa 500 BC. It shows the routines of Ancient Greek athletes, who applied oils before training in the sun, followed by bathing and vigorous scraping with a strigil tool. Credit: bpk/RMN-Grand Palais/Hervé Lewandowski/Hatje Cantz

Ancient Greeks and Romans were fastidious about hygiene, but early Christians like Saint Augustine in the 4th century “were wary of ‘ephemeral things,'” writes Faucourt, “one of which was most certainly the body.” By the Middle Ages, the church was staunchly against the “loose morals” of bathhouses, which no longer kept men and women separate and often facilitated prostitution.

The plague that surged and waned across Europe beginning in the 14th century, eventually became the death knell of bathing for hundreds of years. In the 16th century, the belief took hold that steaming or submerging skin in water opened up pores to disease. Public steam baths closed and people took up waterless cleansing routines, applying ointments to the feet, hands, mouth and genitals. Smells were hidden with perfumes and elaborate bottles became status symbols for the wealthy.

“The delicate materials from which they were made and the exceptional quality of their ornamentation are indicative of the constant care devoted to maintaining one’s appearance and bodily hygiene,” writes Faucourt.

The Roman goddess Diana became a popular figure to paint in Rococo art because of myths that include her bathing rituals. Boucher painted “Diana Resting after her Bath” in 1742. Credit: Courtesy of Wikimedia Commons

By the 19th century bathing began returning to Europe and America, spurred on by new knowledge from microbiologists who identified germs and the hygienic benefits of soap, but it would take until the end of the century before anyone but the wealthy could afford entire rooms dedicated to the practice. It also took generations to shake the idea that submerging oneself in water could enable disease.

However, European attitudes toward bathing were far from universal. In the Middle East, Faucourt notes there have been fewer fluctuations in attitudes surrounding bathing. From the Ottoman Empire until today, the hammam — the Turkish bath — has remained popular, though its practical use has declined with the rise of home bathrooms.

A place for power and vulnerability

Bathhouses have long held political implications, too. In Ancient Rome, they were sprawling complexes for socializing, but also sites of expensive architectural splendor “(that) served to establish and affirm an emperor’s power,” writes curator Hendrik Bündge in “Body. Gaze. Power.”

In a person’s home, however, the bathtub is one of the most vulnerable places. “When you are naked, you are vulnerable; that’s why the shower scene in Alfred Hitchcock’s ‘Psycho’ is so shocking,” writes Bündge.

“In the eyes of the revolutionaries, Marat immediately became a martyr of freedom after his assassination,” writes Alain Chevalier in “Body. Gaze. Power.” “Rather than hide the circumstances of his death, they chose to glorify them.” Credit: bpk/RMN-Grand Palais/Franck Raux/Hatje Cantz

One of the most famous artworks from the French Revolution shows the aftermath of a scandalous political crime, set in the bathroom. In Jacques-Louis David’s 1793 painting “The Death of Marat,” French revolutionary and journalist Jean-Paul Marat lies murdered in his tub, his hand still holding an inked quill, the bathwater filled with his blood. His assassin, the royalist aristocrat Marie-Anne Charlotte Corday, intended to murder him publicly but instead came into his home and stabbed him while he washed. David, who shared a friendship and political ideologies with Marat, painted the scene just four months later, martyrizing his subject.

A century and a half later, during World War II, photojournalists Lee Miller and David E. Scherman recognized the bathtub as a site where power could be subverted and monopolized through photography. On April 30, 1945, the day Munich was liberated from Nazi rule, Miller and Scherman entered Hitler’s empty apartment and photographed Miller in his bathtub. In one photo, she sits, nude and defiant, gazing past the camera, with a framed photo of Hitler propped on the ledge behind her. Her boots, muddied with the dirt of the newly freed Dachau concentration camp, have tracked all over his bath mat. (The Nazi leader, hiding out in his Berlin bunker, would kill himself that day.)

“The images’ message is clear: the relations of power had changed,” writes curatorial assistant Carolin Potthast in the book. “The US-Americans had advanced into the enemy’s most intimate sphere. They had seized it occupying it with their bodies. Here, the bathtub becomes a stage for a shift in political power.”

TSR Positive Images: Kindness and understanding goes a long way, especially when we’re dealing with children. In a country where