MUMBAI: The coronavirus pandemic has led to the cancellation or postponement of practically every sporting event on the planet.

With Australia having sealed its border for six months till September 30 to deal with the coronavirus crisis, there is a growing feeling that the T20 World Cup, scheduled to take place from October 18 to November 15 in Australia, too could be postponed to next year.

However, a reliable source tracking developments has confirmed to TOI that “the ICC will not take any such decision till as late as August.” “Right now, things look bleak, and people’s health is the first priority. However, what if the situation improves in a few months’ time? What if the ICC announces that the T20 World Cup is postponed in May itself, and things improve a couple of months down the line, and cricket’s governing body realizes that it took a hasty decision. The ICC will take time to decide on the fate of this event, till as late as August. Don’t expect any announcement before that,” the source told this paper.

“As of now, everything will proceed as per plan, and assuming that the tournament will be held as per its original dates. So, all other preparations by the ICC’s Local Organising committee (LOC) in Australia, which is already in place, will be on in full swing,” he said.

An ICC spokesperson further said: “During this period of uncertainty, our first responsibility is to protect the well-being of the players, coaches, officials, fans and the whole cricket community and we will take a safety-first approach to all the operations over the coming months.”

There has also been speculation that the tournament might be conducted in empty stadiums. 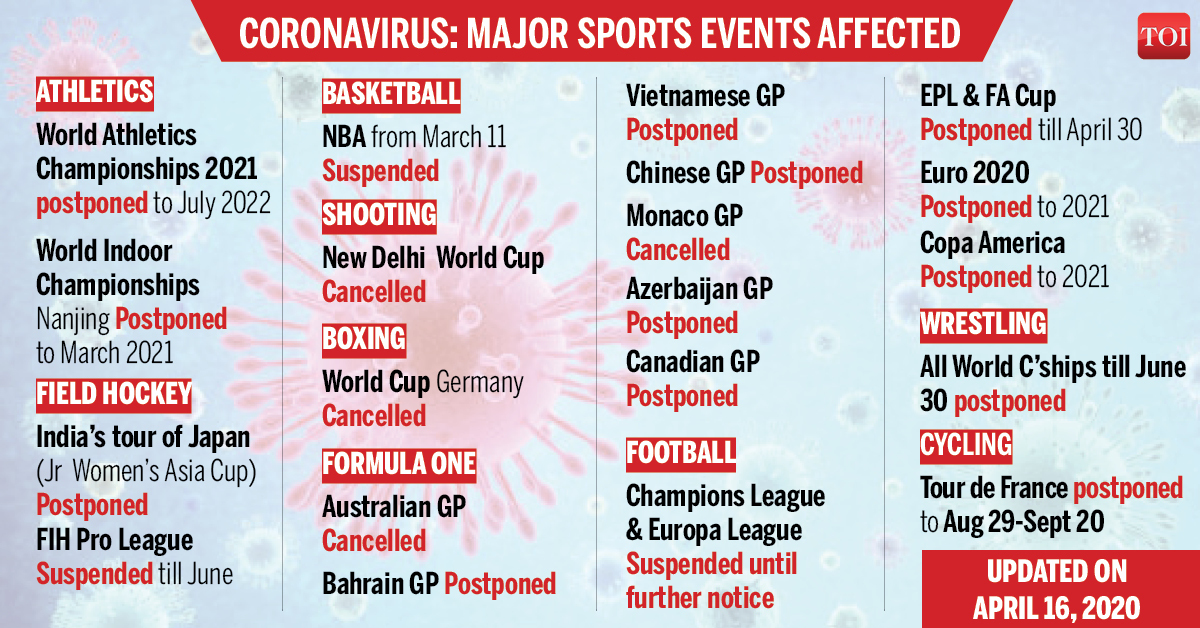 
In an important development, the ICC has scheduled a meeting of all its Chief Executives Committees’ (CEC) meeting via videoconferencing on Thursday. The BCCI is set to be represented by its nominee Jay Shah. “With the international cricket calendar having gone haywire, it’s likely that all the members will deliberate on revising the Future Tours Programme (FTP). These discussions though could be at an initial stage. Many more such meetings may be required in the future,” said the source.