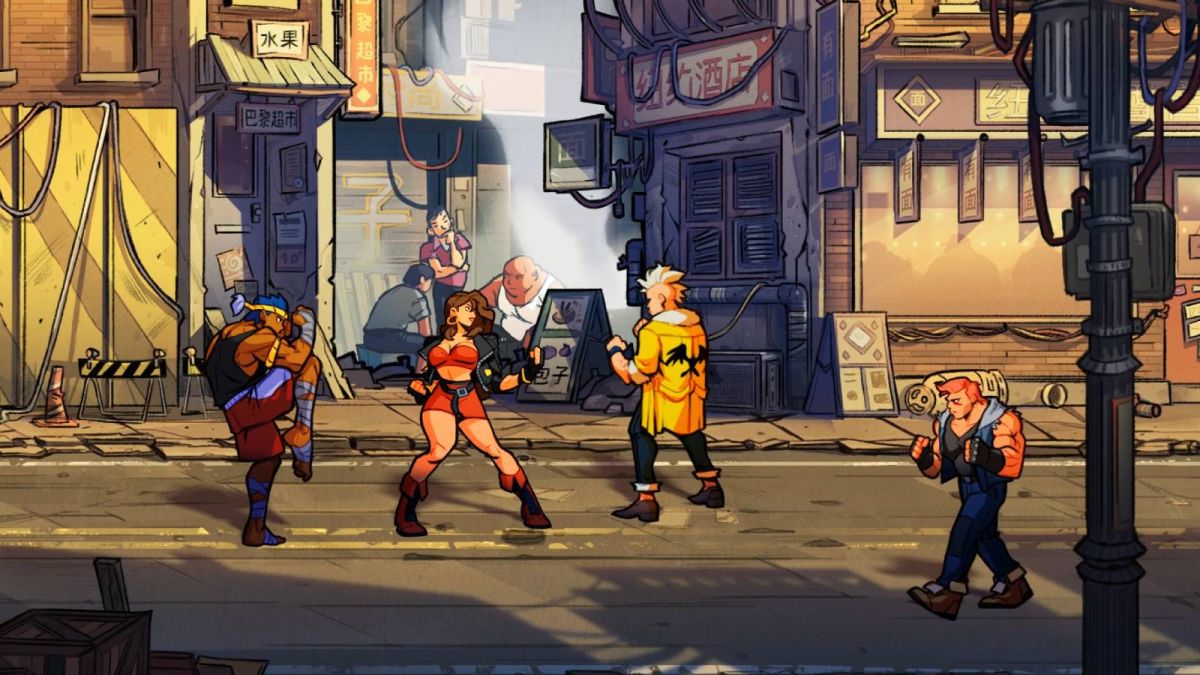 Some of us may be stuck inside until at least the end of the month, but gamers will soon be able to hit the streets – figuratively speaking – when Streets of Rage 4 releases on April 30 for PS4, Xbox One, Nintendo Switch and PC. Oh, and Xbox Game Pass subscribers will get it on launch day for free.

Streets of Rage 4 co-developers Guard Crush Games and Lizardcube (makers of the fabulous Wonder Boy: The Dragon’s Trap) made the announcement alongside a new trailer, which reveals a first look at the game’s new Battle Mode.

Last seen in Streets of Rage 2 and 3, Battle Mode is where you can settle feuds with your friends – maybe you accidentally punched them in the face during the co-op campaign. And if the fourth iteration of Streets of Rage is anything like its predecessors, you’ll definitely smack each other about a bit – by accident, of course.

The premise for Streets of Rage 4 is simple: fight your way through a city full of threatening goons as you attempt to clean up the streets. You can gang up with a friend or go it alone.

Gamers who played the original games on Sega Genesis will be delighted to hear that Streets of Rage 4 also brings back the timeless pixel-art characters from Streets of Rage 1 and 2, in all their retro-fighting glory. Your ears are in for a treat, too, as the widely-renowned, head-bobbing, electronic dance soundtracks return.

It’s been 25 long years since the last entry in the Streets of Rage series, but you can finally reunite with Axel, Blaze and the excellently-named Adam when the retro beat ‘em up sequel returns for the tempting price of $24.99.