India’s pace quartet of Mohammed Shami, Ishant Sharma, Jasprit Bumrah and Umesh Yadav have been very consistent in the past two years. 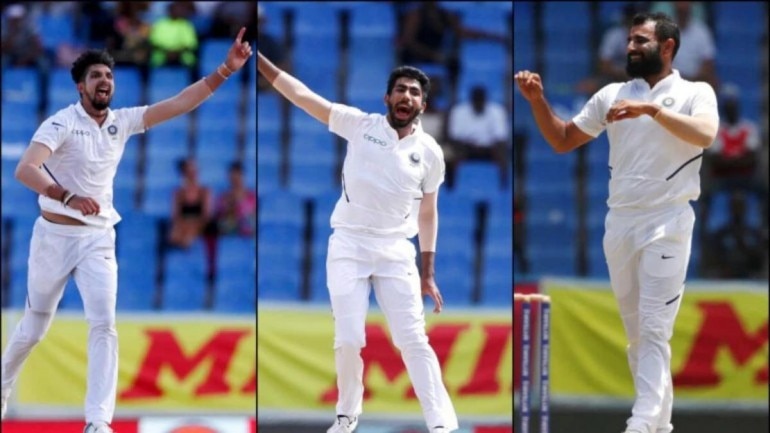 With the quartet of Jasprit Bumrah, Ishant Sharma, Mohammed Shami and Umesh Yadav being consistent, India have been able to travel better. Ishant (297 wickets from 97 Tests), Shami (180 wickets from 49 Tests), Umesh Yadav (144 wickets from 46 Tests) and Bumrah (68 wickets from 14 Tests) were exceptional in home and away Test matches during 2018 and 2019 seasons.

“Even the world acknowledges that India never produced five genuine fast bowlers in a package at one go. Not in Indian cricket’s history. We have bowlers in the reserves who can bowl 145 kms,” Shami told former India wicketkeeper Deep Dasgupta in a chat for ESPN Cricinfo.

“This is the best attack as no one has any jealousy and everyone enjoys each other’s success. It feels like a family,” said Shami.

Shami then went onto give the example of Ishant Sharma, who is the senior-most player in the Test line-up.

“Look at Ishant Sharma. He is set to play 100 Tests. It’s not a mean achievement but if you speak to him you will know what kind of a human being he is. He is so down to earth.”

Shami also revealed that he, Bumrah and Ishant want to bowl with the new ball and captain Virat Kohli has to take the call.

“All three of us — Ishant (Sharma), (Jasprit) Bumrah, and I want to bowl with a new ball. When we are not able to choose, we approach Virat to decide,” Shami said on ESPNCricinfo’s chat show ‘Cricketetbaazi’.