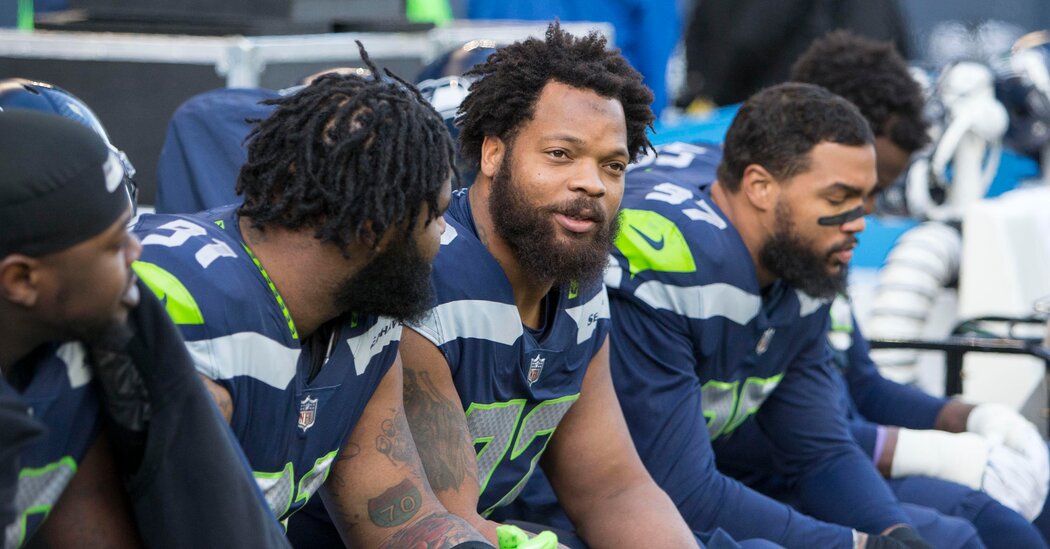 Michael Bennett, the standout N.F.L. defensive end who spoke out forcefully against racial injustice during his career, said he was retiring after an 11-year career, primarily with the Tampa Bay Buccaneers and the Seattle Seahawks.

“Retiring feels a little like death of self, but I’m looking forward to the rebirth — the opportunity to reimagine my purpose,” Bennett, 34, wrote on Instagram. “I have never been more at peace in my life.”

Bennett, like his younger brother, Martellus, a tight end who last played in the N.F.L. in the 2017 season, never shied away from sharing his opinions. In 2017, after the white nationalist rally in Charlottesville, Va., Bennett was part of a group of players who began protesting during the playing of the national anthem to raise awareness of police brutality and other forms of injustice. But while most players knelt or raised a fist during the anthem, Bennett drew extra attention because he chose to sit on the bench.

He was later joined by a white teammate, offensive lineman Justin Britt, who put his hand on Bennett’s shoulder in solidarity.

His protests were informed by his personal experience. That summer, Bennett was outside a Las Vegas nightclub when the police were investigating a report of shots fired. Two officers approached Bennett and eventually handcuffed him at gunpoint. Bennett later said that the officers had racially profiled him and used excessive force, including an officer kneeling on his back. The Las Vegas Metropolitan Police Department denied that its force was unwarranted.

In 2018, Bennett was indicted on a felony charge, accused of assaulting an elderly security guard when he rushed the field after the 2017 Super Bowl, which Martellus won as a member of the New England Patriots. The charge was dismissed in 2019 because of a lack of evidence.

He shared his views about racial inequality, police violence and athletes’ roles in protest movements in “Things That Make White People Uncomfortable,” a book he co-wrote that was released in 2018.

Bennett played college football at Texas A&M and was signed by the Seahawks as an undrafted free agent in 2009. He was waived early that season and picked up by the Buccaneers, who moved him to defensive tackle.

After four seasons at Tampa Bay, the Seahawks signed him again, this time to a one-year contract in 2013. He joined what was already the league’s most dominant defense, helping the Seahawks win their only Super Bowl championship that season in large part because of a strong pass rush and defensive backfield.

Bennett was chosen to play in the Pro Bowl three times in his career. In 2018, he was traded to the Philadelphia Eagles, where he played one season.

In 2019, he played with the New England Patriots and the Dallas Cowboys. Last October, the Patriots suspended him for one week, citing conduct detrimental to the team; Bennett said it was after a philosophical disagreement with his position coach.

Longtime NBC News anchor Tom Brokaw, once the most popular broadcaster in television news as he told viewers about the biggest