Ellyse Perry, the No. 1 all-rounder in the world and international women’s cricketer of the year, responded to Murali Vijay’s comments saying that it was very kind of the him to pick her. 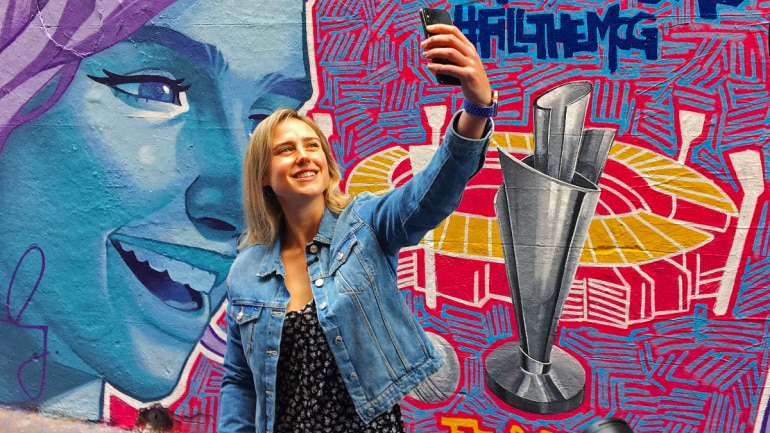 Australian women’s cricket team all-rounder Ellyse Perry is “flattered” that Indian Test opener Murali Vijay picked her name when asked who he would like to take out for dinner among the cricketing fraternity.

Sports producer Rupha Ramani had asked Murali Vijay about two cricketers he would want to have dinner with, he said it would be Australia women’s cricket star Ellyse Perry and his fellow India opener Shikhar Dhawan.

“Ellyse Perry. I want to have dinner with her. She is so beautiful. And Shikhar Dhawan any day. He is a fun guy. Just that he will speak Hindi and I will be conversing in Tamil,” Murali Vijay had said during the Instagram Live.

Ellyse Perry, the No. 1 all-rounder in ODIs and international women’s cricketer of the year, responded to Vijay’s comments saying that it was very kind of the him to pick her.

Currently at home in lockdown due to the novel coronavirus pandemic, Perry had recently opened up on the issue of the lack of sport and financial issues faced by cricket boards of various countries due to the shutdown.

Boards like Cricket Australia are facing a financial crisis and were forced to lay off the majority of their staff but Perry believes that governing bodies will look for new ways of revenue generation.

“Sport, in general, is resilient and I can’t actually see it having a long-lasting negative effect,” Perry had told the Australian Associated Press.

“It’s certainly made organizations rethink how they run their sports and their codes and potentially strip it back to what is really important.

“That’s not necessarily a bad thing. I don’t think it’s going to affect women’s sport. It’s become so apparent that if you want all your population engaging in your code you need to engage all the population. And part of that is having women’s involvement,” she added.