Kapil Dev, who was known for his curls during his playing days, has always been open to trying new looks. The lockdown period in the country has given the legendary all-rounder the time to experiment with his looks. 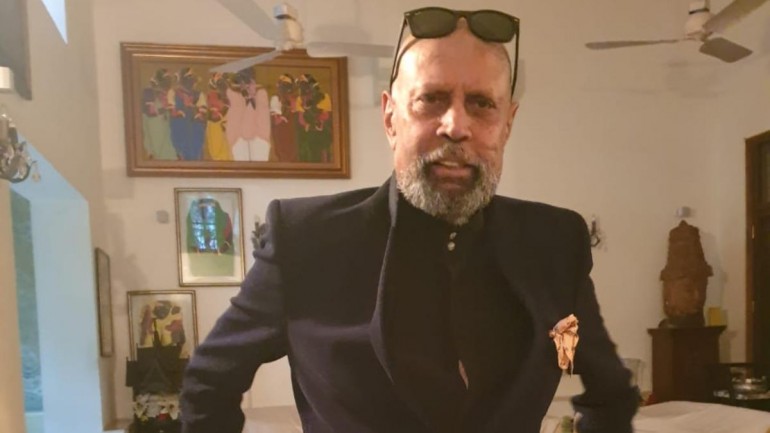 Former India captain and World Cup-winner Kapil Dev has revealed that his new lockdown look has been inspired by Vivian Richards and MS Dhoni. Kapil Dev said that he had seen MS Dhoni sporting bald look after 2011 World Cup and had thought that he will also do it someday.

Kapil Dev’s new look was revealed on Twitter where he was seen posing with a shaved head. India’s first World Cup-winning captain was also seen sporting a sunglass and wearing a black blazer as he looked dashing.

“I had seen Vivian Richard’s look on Instagram. He’s my hero, so I thought ‘Why not?’ let me follow my hero. I love Dhoni also. He is also my hero. After the 2011 World Cup, he had shaved off all his hair too. So I decided one day I will also do the same. Now I got the chance do and I did,” Kapil Dev said on SportsTak.

Kapil Dev, who was known for his curls during his playing days, has always been open to trying new looks. The lockdown period in the country has given the legendary all-rounder the time to experiment with his looks.

Kapil Dev also said rather than worrying about the resumption of cricket, he is more concerned about the students who are forced to miss schools and colleges due to the ongoing crisis.

Talking about the suspension of sports, Kapil Dev said, “I am looking at the larger picture. Do you think cricket is the only issue we can talk about? I am rather worried about the children who are not being able to go to schools and colleges because that is our young generation. So, I want schools to reopen first. Cricket, football will happen eventually.”