James Anderson said ‘thought-provoking’ week has left him wondering if he has ‘turned a blind eye’ to problems within the sport. 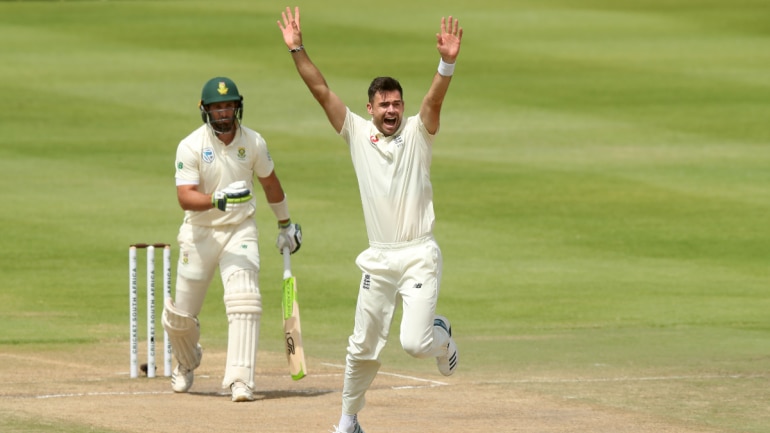 English must do more to make the game for everybody: James Anderson. (Reuters Photo)

WI skipper Jason Holder said he will consult the rest of his teammates before deciding whether West Indies players will take the knee in support of the anti-racism protests that are going on across the globe during the Test series in England.

The killing of an African-American man, George Floyd in police custody in the United States has triggered widespread protests across the globe. A number of athletes have come out in support of the ‘Black Lives Matter’ movement while a few of them have taken the knee as sporting action is slowly getting back on track following the Covid-19 pandemic.

“It’s been a very thought-provoking few weeks for everyone. It’s made me do a lot of thinking,” James Anderson said.

“We definitely will have conversations as players about what we can do to make a stand. It’s something that as players and a game we need to be more active with.

“It’s made me think about whether I’ve experienced racism on the cricket field. I couldn’t think of any instances. I wasn’t there when Jofra Archer was abused in New Zealand [in 2019].

“It also made me think, have I just turned a blind eye to things? I’ll try and support my team-mates if they do suffer any abuse but have I been active in supporting them?

“The game in general as well – I saw the stat that there’s one black player that’s come through the state school system in county cricket. That’s not okay. We need to actively make this game for everyone.

“It can’t keep going the way it is. That’s what I’ve been thinking about and is there more that I can do to help as a player.”

Frank Grillo’s character in “Boss Level” is named Roy Pulver, which must be short for Pulverize because that’s what he

Nas Shares His Opinion About Today’s Rappers, Says “There’s No One