Even as several sporting bodies are looking at restarting seasons without fans at stadiums, Australia opener David Warner hopes such a situation can be avoided. 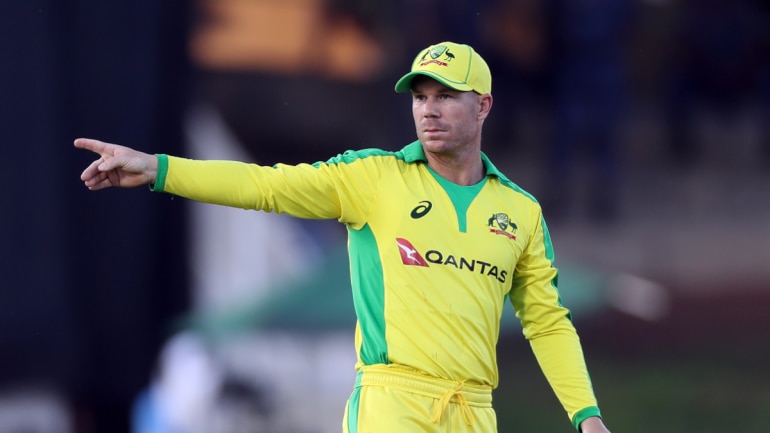 Australia opener David Warner said it’s unlikely that Australia’s limited-overs tours to Scotland and England will go ahead as planned this year due to the novel coronavirus pandemic.

Australia are scheduled to tour Scotland for a T20I on June 29 before they head to England for a 3-match T20I series and ODI series from July 3. With the England and Wales Cricket Board (ECB) delaying the start of the cricket season at least until July 1 due to the Covid-19 pandemic, it looks unlikely that Australia will visit England in July.

Australia’s tour to Bangladesh in June has already been postponed due to safety concerns and travel restrictions and David Warner believes there is a lot more than playing sport at the moment in the globe.

“At the moment it’s highly unlikely we’re going to go over there given what’s happened in England. He (Boris Johnson) is back up on his feet now and that’s fantastic news, but there’s a lot more to this than just sport being played,” David Warner told cricket.com.au.

“The biggest picture is making sure we’re doing all the right things we can to flatten this curve and doing what we can do to play our bit in that. We’ve done a great job so far and all Australians should be credited.”

Warner on playing sport in front of empty stands

The novel coronavirus pandemic has had a severe impact on the sporting world with major tournaments, including the Tokyo Olympics, being postponed or cancelled. However, several options are being considered as sporting bodies across the globe are looking at ways to safely restart the activities.

One of them is playing sports behind closed doors but David Warner hopes such a situation can be avoided, saying he prefers playing with fans at the stands.

“No doubt at all, you want crowds no matter where you go and where you play,” Warner said.

“I love playing in England, it’s awesome. You’ve always got someone they always try and rev up, and fortunately for the team it’s pretty much just me, and that takes a lot of the heat off the other guys. I am quite thick-skinned and it doesn’t really affect me at all. I just laugh it off and play along with the crowd.”