While Nathan Chen will be the headliner at the U.S. Figure Skating Championships that begin Thursday in Las Vegas, Mariah Bell could be the scene stealer.

Chen is the first man to win four consecutive national titles since Brian Boitano in 1988. The winner of the last two world championships — the event was not held in 2020 due to the coronavirus pandemic — and the last three Grand Prix crowns, Chen is in line for a fifth successive U.S. title. That would be one less than the overall titles won by Todd Eldredge, but no one since Dick Button from 1946-52 has won five in a row. Button had seven.

“Dick has been a name that’s been around forever and definitely a big source of inspiration growing up,” the 21-year-old Chen says. “It would be amazing. I think that would be something I could cherish dearly for the rest of my life if that’s able to happen.

“But as of now, as I always say, it’s difficult to predict results. Just as long as I can train the best I can, prepare myself the best I can and go into the competition and do everything I can, I’ll be satisfied.”

Dethroning Chen will be as difficult as landing a quadruple axel — a jump the American quad king and nobody else is doing these days. Chen hasn’t lost a major event since the Pyeongchang Olympics. Vincent Chou, a fellow 2018 Olympian, is considered his top competition.

“From a skating perspective I really just want to do the best I can, don’t put too much pressure on thinking, `I have to go there to win,”‘ Chen says. “At the same time I want to be able to do everything I can to put myself in the best position to skate as perfect as I can. I’m not saying I don’t care about the results, but I would care more about putting out good programs.” 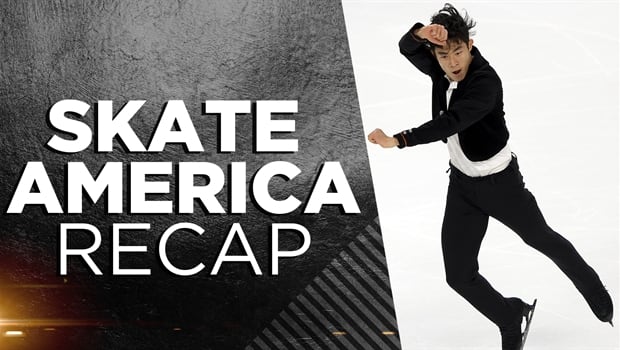 That Figure Skating Show breaks down the first Grand Prix of the year and there’s a lot to discuss. 15:23

With Chen the overwhelming favourite, attention could shift to the women’s event and Alysa Liu, at 15 going for a third consecutive national title, and Mariah Bell, the “veteran” at 24.

Liu still is too young to compete in senior international events, which has placed the focus on Bell should worlds be held in March in Stockholm. Bell was second at last year’s nationals, putting on one of the most entertaining and energetic free skates in recent seasons. She then won Skate America, also at the Orleans rink in Las Vegas, in the fall.

“You train so hard to show that work you have been putting in, and so I was really feeling fortunate we had Skate America,” Bell says. “Since then it has been a lot of training. Obviously, we don’t know what the rest of the season is going to look like.

“We have no control over what the rest of the season is, if this is the last time we get to perform this year, and if it is, we will look back and be happy we had that chance. Worlds are definitely up in the air; it is so uncertain. At least we know we have these nationals.” 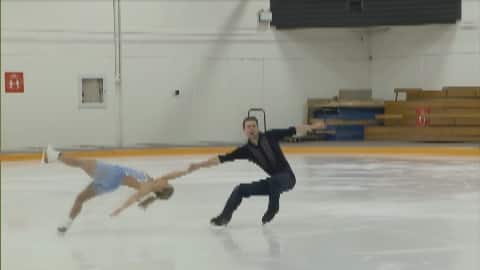 Kirsten Moore-Towers and Michael Marinaro finish 1st in the virtual Skate Canada Challenge pairs event with a total score of 206.22. 7:13

Bell has been on the fringes of the top level of U.S. women’s skating but has broken through the last two seasons. Her bubbly personality has endeared her to fans, whether in the rinks or while watching on television.

While Bell is a strong jumper, her presentation, choreography — she works with 2018 U.S. Olympian Adam Rippon on programs — and enthusiasm are the hallmarks of her skating.

“I have always enjoyed skating,” she says. “I can’t say I always enjoyed competing until a couple years ago; it used to be scary to me and now it’s something I really look forward to. And I get to share what I love to do with people.

“I go to competitions to just enjoy that. I developed the mindset to put myself in positions where I feel a little uncomfortable, a little anxious and excited, and then seize the opportunity to go out and do what I love.”

Nationals begin Thursday with the pairs and women’s short programs. The dance begins Friday, and the men hit the ice on Saturday.