The United States has reduced its military presence in Afghanistan to the level negotiated with the Taliban, around 8,600 troops, the top US commander for the region said on Thursday. 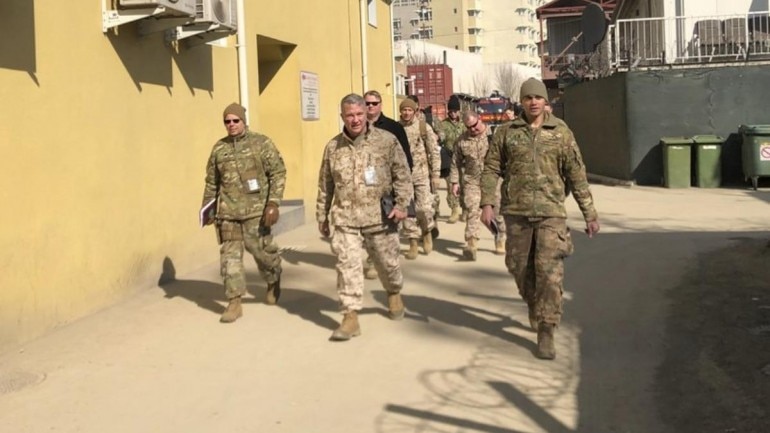 The United States has reduced its military presence in Afghanistan to the level negotiated with the Taliban, around 8,600 troops, the top US commander for the region said on Thursday.

“What I would tell you now is we have met our part of the agreement,” General Kenneth McKenzie, the head of US Central Command, told a panel discussion hosted by the Aspen Institute.

Under the February deal reached with the Taliban, the United States agreed to reduce its forces in Afghanistan from 12,000 troops to 8,600 by mid-July.

The agreement calls for all US and foreign troops to quit Afghanistan by mid-2021, nearly 20 years after Washington invaded the country following the September 11 attacks by al-Qaeda on New York and Washington.

McKenzie stressed that while the goal of a complete withdrawal by May 2021 was “aspirational,” it was also conditional.

It is a “conditions-based approach,” the general said, and “conditions would have to be met that satisfy us — that attacks against our homeland are not going to be generated from Afghanistan.”

“We all know already that (the Taliban) are no friends of ISIS,” McKenzie said of the Islamic State group.

“What we need to see is what they’re going to do against al-Qaeda,” he said of the group responsible for 9/11. “And we need to see that in deeds and not words.”

“And so we’re very focused on what the Taliban is doing, how they’re participating in these negotiations as we go forward,” he said. “The jury is still very much out.”

President Donald Trump, who is running for re-election in November, has said repeatedly that he wants US troops out of Afghanistan as soon as possible.