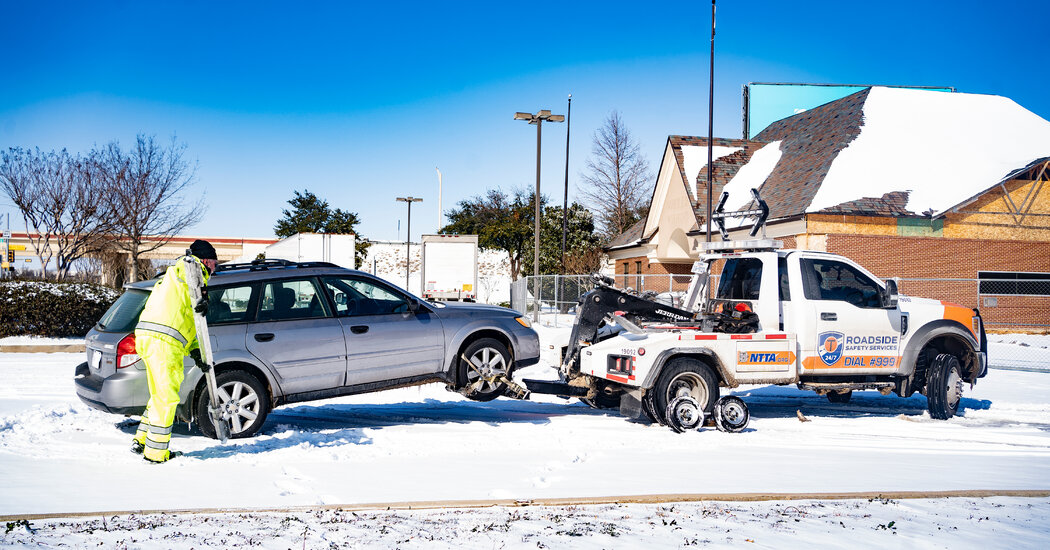 Here’s what you need to know:

Nearly three million Texans were still without power on Wednesday after a winter storm increased consumer demand for electricity while pummeling the state’s grid.

Now the state is bracing for yet another arctic blast, with a winter storm warning in effect for dozens of counties in the Fort Worth-Dallas area until Thursday morning. Ice accumulation and one to three inches of snow are expected, with up to six inches of snow northeast of the metro region.

There was little respite on Tuesday night from the previous storm, with freezing rain across much of Central Texas and several inches of snow north of Dallas. Winter weather has left at least 29 people dead across the country since last week, along with bitterly cold temperatures.

In the Northeast and Midwest, residents are now digging themselves out. Areas near Buffalo saw snowfall of one to two inches per hour on Tuesday, and the National Weather Service has recorded more than a foot of snow in Chicago since Sunday evening.

More than 160,000 people in Oregon remained without power on Wednesday morning, and tens of thousands were without electricity in Kentucky, West Virginia and Louisiana, according to PowerOutage.us, a website that tracks electricity outages.

But the worst outages were in Texas, which enters its third day of widespread distress. Gov. Greg Abbott declared an emergency reform of the Electric Reliability Council of Texas, which manages the state’s electrical grid and is struggling to restore power.

The council ordered Austin Energy to shut off some power on Tuesday night, according to the utility’s Twitter account, saying it could affect people who previously had it restored. Mayor Steve Adler urged residents to use electricity as sparingly as possible in hopes of staving off further shutdowns, using flashlights and candles if able.

“If you have power, please try to live almost like you don’t,” Mr. Adler said. “If you have heat, run it low. Run it lower.”

Here’s some good news for storm-battered communities across the United States: The brutal weather that has killed at least 29 people, disrupted vaccine distribution and left millions without power was moving north into Canada late Tuesday night.

Now for more bad news: Frigid air may persist in the Great Plains and Mississippi Valley through midweek, and a new winter storm is expected to sweep across the South and East over the next two days. More than 100 million Americans are under some type of winter weather-related warning, the National Weather Service said.

“Not anxiously awaiting tonight’s model guidance on the storm forecast to hit Virginia Thursday,” Jim Duncan, a meteorologist at an NBC affiliate in Richmond, Va., said on Twitter on Tuesday night. “Being a meteorologist at this time brings no joy, but distress.”

The South is already reeling from a rare cold snap. The temperature in Houston, Texas, on Monday night — 13 degrees — was lower than that in Houston, Alaska. And Oklahoma’s capital on Tuesday experienced its coldest morning since 1899.

That will continue for at least another few days. High temperatures this week will likely be 25 to 40 degrees below average across a swath of the Central and Southern United States, the Weather Service said.

There will also be more precipitation. As of Tuesday morning, nearly three-quarters of the continental United States was blanketed in snow, the greatest extent on record since the National Water Center created a database for that in 2003. And the forecast calls for even more snow this week, from the Southern Plains to the Mississippi Valley.

Meteorologists also expect “significant freezing rain” and ice accumulations of half an inch from the Gulf Coast into Tennessee. A long list of winter weather warnings, advisories and watches were in effect on Tuesday evening.

These graphics depict the next 3 day snowfall and ice accumulation potential. Several inches of snow has already fallen in the TX panhandle, and 1-2 inches more is possible. Swaths of a half inch of ice will be possible in the red areas from TX to MS & the Mid-Atl. pic.twitter.com/uvxvFI1yFR

After pummeling the South, the new storm will head through the Ohio Valley, the Mid-Atlantic region and the Northeast by Wednesday or Thursday, the National Weather Service said. Parts of Appalachia may receive up to six inches of snow. Virginia and North Carolina could also face fresh bouts of ice and freezing rain.

It won’t be bitterly cold everywhere, but even places where the snow lets up — in the Deep South and beyond — may face scattered rain showers and isolated thunderstorms.

Large parts of the Central and Southern United States have been plunged into an energy crisis this week with electric grids damaged by frigid blasts of Arctic weather. Millions of Americans are without power amid dangerously cold temperatures.

The grid failures were most severe in Texas, where nearly three million customers woke up Wednesday morning facing power failures. On Tuesday, Gov. Greg Abbott called for an emergency reform of the Electric Reliability Council of Texas, saying the operator of the state’s power grid “has been anything but reliable over the past 48 hours.”

Analysts have begun to identify a few key factors behind the grid failures in Texas. Record-breaking cold weather spurred residents to crank up their electric heaters and pushed demand for electricity beyond the worst-case scenarios that grid operators had planned for. 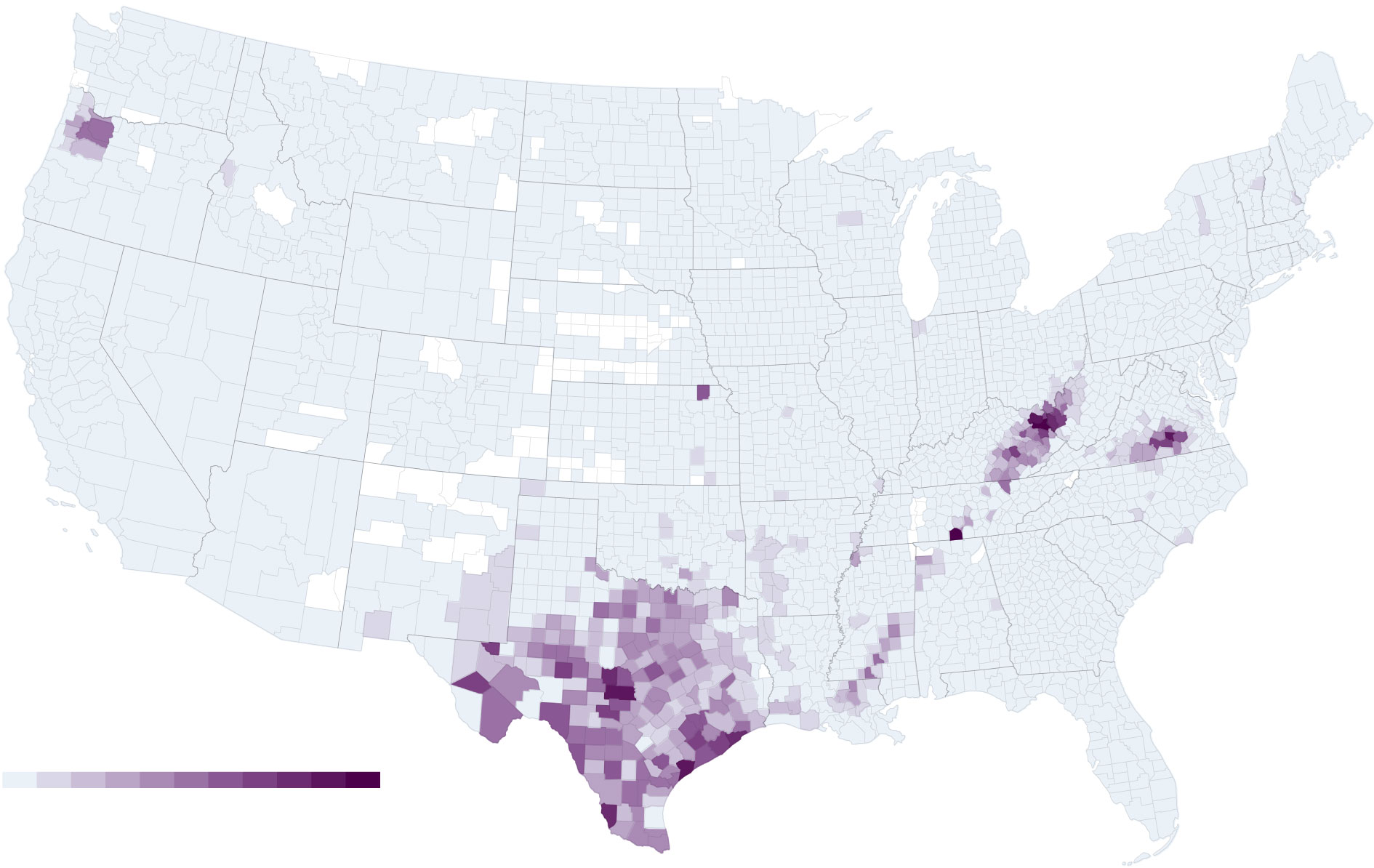 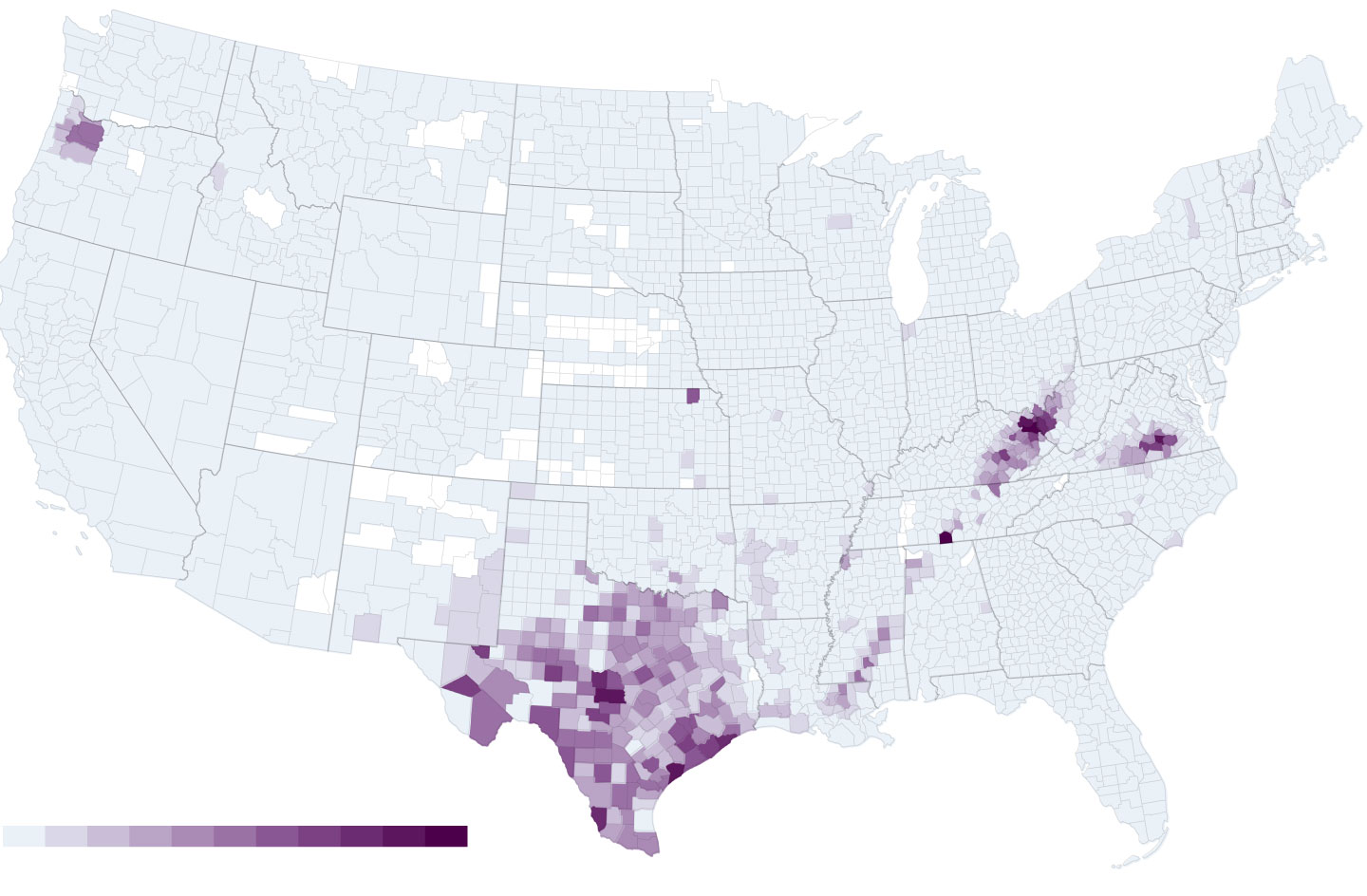 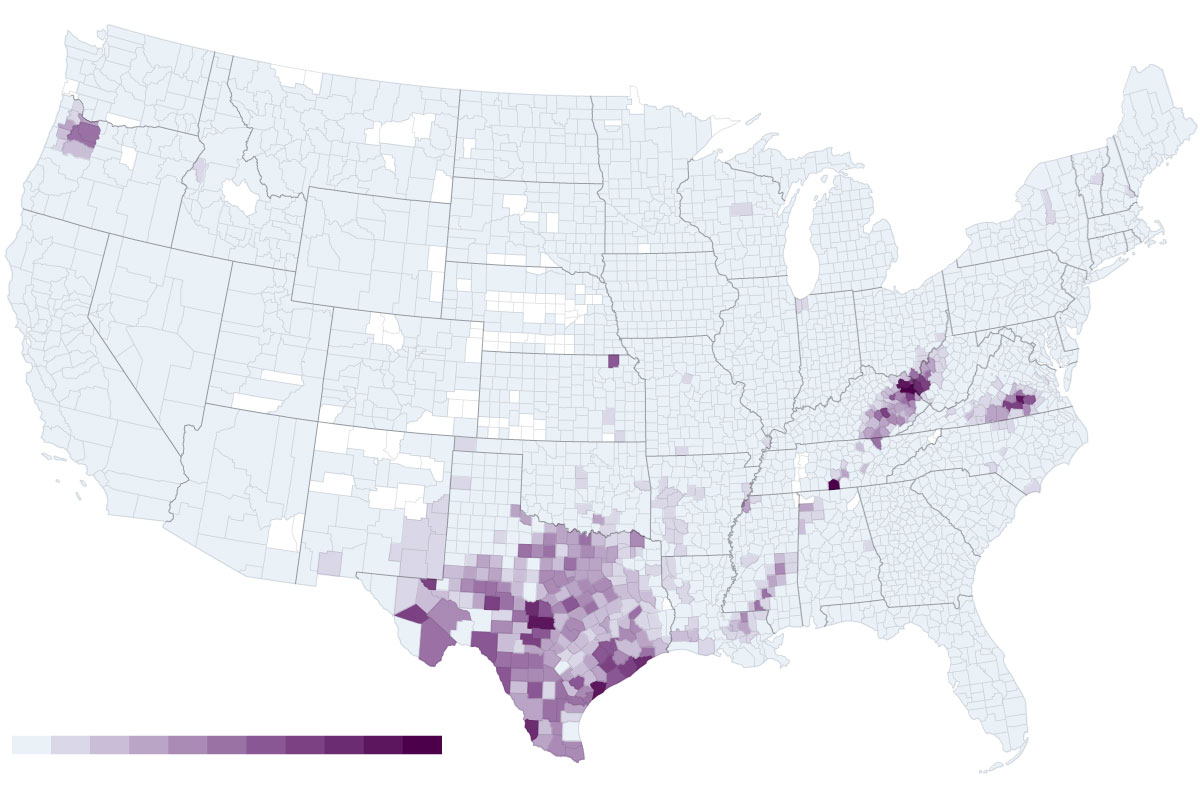 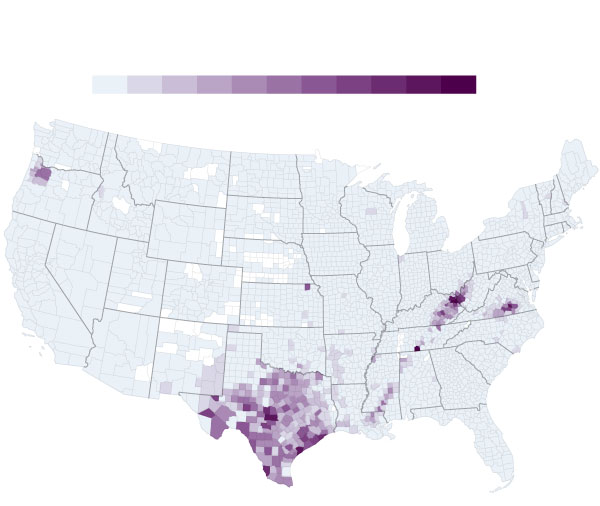 At the same time, many of the state’s gas-fired power plants were knocked offline amid icy conditions, and some plants appeared to suffer fuel shortages as natural gas demand spiked nationwide. Many of Texas’ wind turbines also froze and stopped working, although this was a smaller part of the problem.

The resulting electricity shortfalls forced grid operators in Texas to impose rotating blackouts on homes and businesses, starting Monday, to avert a broader collapse of the system. Separate regional grids in the Southwest and Midwest are also coming under serious strain this week.

The crisis highlighted a deeper warning for power systems throughout the country. Electric grids can be engineered to handle a wide range of severe conditions — as long as grid operators can reliably predict the dangers ahead. But as climate change accelerates, many electric grids will face novel and extreme weather events that go beyond the historical conditions those grids were designed for, putting the systems at risk of catastrophic failure.

As bone-chilling arctic weather blasts the southern and central parts of the United States, power grids are strained and millions of people unaccustomed to the sight of snow are trying to figure out how to stay warm.

Some have turned to risky sources of heat, including gas-powered generators, ovens and even automobiles. At least two people died and about 100 were sickened by carbon monoxide poisoning over 16 hours spanning Monday and Tuesday in the Houston area, the authorities said.

Early symptoms of carbon monoxide poisoning include headache, weakness, dizziness and nausea, according to the Firelands Regional Medical Center in Sandusky, Ohio. People who are “sleeping or drunk” can die from the condition before they experience symptoms, according to the Centers for Disease Control and Prevention.

Carbon monoxide, a byproduct of burning fossil fuels, is colorless and odorless, making it harder to detect than other dangerous substances. But carbon monoxide poisoning is “entirely preventable,” the C.D.C. says.

The agency has urged people to have working carbon monoxide detectors, and warned against heating homes with a gas oven or burning anything in a stove or fireplace that is not vented.

Indoor use of charcoal, gasoline-powered engines, or even portable gas camp stoves is also dangerous, health and safety officials say. They also warn against running generators or cars inside to heat homes.

In Houston, the police said this week that a woman and a girl had been killed by carbon monoxide poisoning after a car was left running in an attached garage “to create heat as the power is out.” A man and a boy were also hospitalized.

In Oregon, four people were killed from carbon monoxide poisoning over the weekend, the Clackamas County Sheriff’s Office said on Tuesday.

Most late-night hosts took the week of Presidents’ Day off, but Trevor Noah and Jimmy Kimmel were on Tuesday night with a rare weather report.

“If you’re watching us from home right now, the good news is you have power,” Mr. Kimmel said.