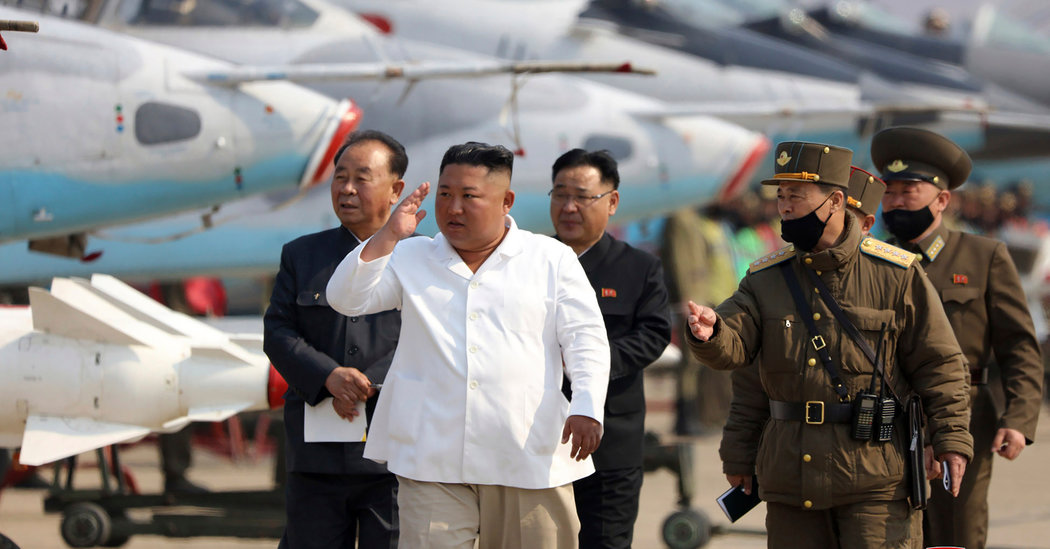 
SEOUL, South Korea — There was one state event that the secretive leader of North Korea, Kim Jong-un, never missed: a visit to the Kumsusan Palace of the Sun every April 15 to mark the birthday of his grandfather, the founder of the dynastic regime. In the mausoleum, both his grandfather and his father lie in state.

So when Mr. Kim was a no-show at this year’s anniversary in Pyongyang, it triggered speculation about his whereabouts and even his health. Such rumors gained further traction after Daily NK, a Seoul-based website relying on anonymous sources inside the North, reported Monday that Mr. Kim was recovering from heart surgery performed on April 12.

By Tuesday, South Korean officials were questioning the accuracy of the report. Kang Min-seok, a spokesman for President Moon Jae-in, said South Korea “has so far detected no special signs inside North Korea,” a stock phrase often used to cast doubt on unsubstantiated news reports.

North Korea also tried to dispel the speculation. On Tuesday, its official news agency said Mr. Kim had sent birthday gifts to exemplary workers and a birthday letter to the Cuban president on Monday.

Such declarations won’t necessarily quash the chatter, especially in a nuclear state where so much power is concentrated in a single leader.

Mr. Kim, 36, last appeared publicly in the North’s state media on April 11, when he presided over a meeting of the Politburo of the ruling Workers’ Party. It is not unusual for senior North Korean leaders to stay out of public view for weeks at a time.

But the inner workings of the top leadership in Pyongyang, the capital, have been cloaked in such secrecy that those disappearances always catch the attention of analysts, who look for signs of trouble within the country, especially a possible problem with Mr. Kim’s health. When his father, Kim Jong-il, died in 2011, outside intelligence officials didn’t know until the news was announced two days later on North Korean television.

“For Kim Jong-un not visiting the Kumsusan Palace on April 15 is all but unthinkable in North Korea. It’s the closest thing to blasphemy in the North,” said Cheong Seong-chang, director of the Center for North Korean Studies at the Sejong Institute in South Korea. “It is reasonable to think that there is something temporarily wrong with his health, although it may stretch things too much if we say his life is in danger.”

The information blackout in North Korea means that rumors about military rebellions or mass political purges can often take months and even years to confirm, while some sensationalistic reports eventually prove false.

One outlandish report that made headlines around the world claimed that the body of Jang Song-thaek, Mr. Kim’s uncle, whose execution he ordered in 2013, had been fed to a pack of starved German shepherds. The origin of that story turned out to be an unattributed Chinese blog post. Generals who were reported by South Korean media to have been executed by Mr. Kim have sometimes resurfaced in new jobs.

North Korea’s media treats its top leaders like godlike figures and seldom mentions their health. But speculation about it has not always been unfounded.

In 2008, Kim Jong-il was absent from view for months. It was eventually confirmed that he had suffered a stroke. In his later years, Mr. Kim’s grandfather, Kim Il-sung, developed a large cyst on the back of his head, but North Korean media never showed it in photos.

In 2014, Kim Jong-un himself disappeared for more than a month, prompting rumors that he might have been grounded by a severe hangover, gout or even a coup. North Korean state TV later showed him walking with a limp, saying that he was “not feeling well.” South Korean intelligence officials said Mr. Kim had a cyst removed from his ankle and that his ankle trouble could return.

The family history has fed speculation about health crises. Both Mr. Kim’s grandfather and father suffered various ailments, like diabetes, and died of heart failure.

The outside world saw Mr. Kim as an adult for the first time in 2010, when he debuted as his father’s heir at a party meeting. He was already portly by then, but he has since gained more girth. Mr. Kim is also a heavy smoker, and in recent years, his face has often assumed a puffy and tired complexion.

The current round of speculation started after South Korea said the North had launched short-range cruise missiles off its east coast on April 14, as part of Kim Il-sung’s birthday celebration. Although Kim Jong-un has attended similar missile tests, state media this time did not report the launch. It also did not report whether there had been an annual national meeting of party officials in Pyongyang on the eve of the April 15 anniversary.

Both of those omissions were highly unusual.

Some analysts said North Korea may have skipped the national meeting this year because of the coronavirus pandemic. But its rubber-stamp Parliament, the Supreme People’s Assembly, met on April 12.

The rumors intensified after Daily NK quoted an anonymous source as saying that Mr. Kim had undergone a cardiovascular procedure at Hyangsan Hospital, a clinic dedicated to treating the Kim family, on April 12.

The website said Mr. Kim was recuperating at a villa near the hospital, which is in the foothills of Mount Mohyang, north of Pyongyang. But most of the doctors called in from Pyongyang returned to the capital a week later because Mr. Kim had recovered sufficiently, it said.

Daily NK, one of a slew of Internet-based news outlets in South Korea that specialize in covering the North, has ferreted out news about hunger, floods and unofficial market activities in the North, often by using defectors as reporters. But many stories by such outlets contradict each other and remain unconfirmed.

Rumors about Mr. Kim’s health carry serious overtones: What happens to a nuclear state when the leader who has executed or purged all potential challengers to his power, including his own uncle, is suddenly gone?

Mr. Kim is too young to have a grown-up child to continue the Kim family dynasty, which has ruled North Korea since its founding at the end of World War II. Analysts instead focus on Mr. Kim’s sister, Kim Yo-jong, who has accompanied her brother to meetings with the leaders of South Korea, China and the United States.

Ms. Kim has emerged as a key aide to her brother. Last month, she issued a statement under her own name attacking South Korea’s presidential office and calling it an “imbecile.” In another statement last month, she revealed that President Trump had sent a letter to Mr. Kim, expressing his willingness to help the North battle the coronavirus. Ms. Kim called Mr. Trump’s letter “a good judgment and proper action.”

“In recent weeks, she has positioned herself as the public face of North Korea, as her brother’s spokesman, chief of staff and national security adviser,” said Lee Sung-yoon, a North Korea expert at Tufts University’s Fletcher School of Law and Diplomacy.

“She is the natural heir to the throne, as the Kim family regime is more a dynasty than republic,” he added. “One thing Ms. Kim has going for herself and prospects for regime preservation is that she is a known entity both within and outside North Korea.”

But Lee Byong-chol, a North Korea expert at Kyungnam University’s Institute for Far Eastern Studies in Seoul, said the North’s deeply patriarchal elites would find it hard to accept a young, inexperienced female leader. Instead, Choe Ryong-hae, the current No. 2 in the government hierarchy, could fill a power vacuum created by Mr. Kim’s death.

Either way, a new leadership in Pyongyang could presage a new bout of tensions on the Korean Peninsula. A change at the top has always unleashed military provocations like weapons tests or bloody purges of top generals and officials, as the leader struggled to establish his own totalitarian grip on power at home and show his mettle to external enemies.

“I would not be surprised even if he died today or tomorrow,” Mr. Lee said. “What should worry us is how power in North Korea is going to be realigned after his death.”