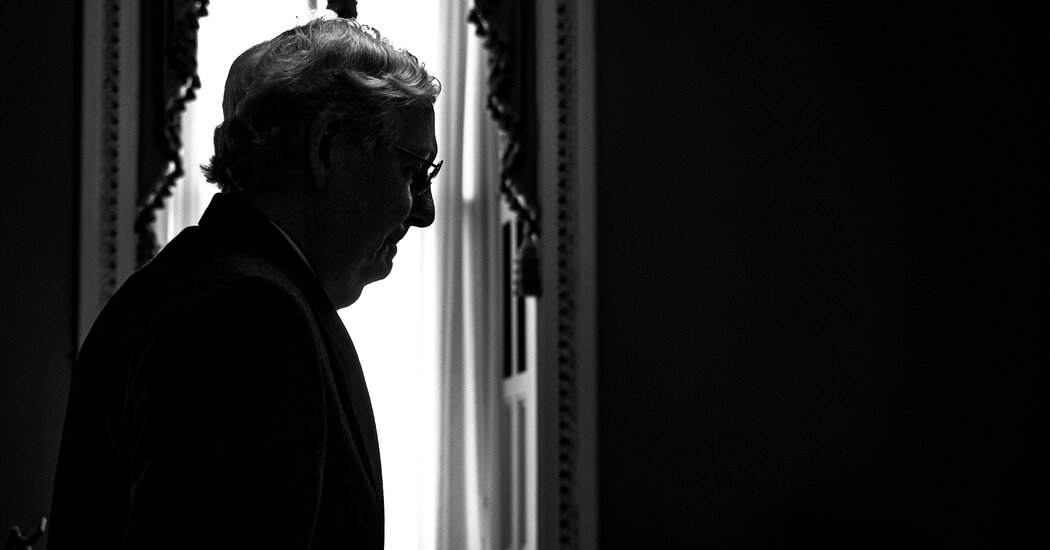 
“We’re the four guys who came up with a Jan. 6 event,” he said, adding that it was meant to change the minds of members of Congress who “saw everyone outside and said, ‘I can’t be on the other side of that mob.’” (Brooks, who spoke at the rally, and Biggs, who blamed antifa for some of the mayhem, have denied working with Alexander.) As The Intercept’s Ryan Grim reported, Gosar said, at an Arizona rally promoting the Jan. 6 demonstration: “You get to sit and go back home once we conquer the Hill. Donald Trump is returned to being president.”

It’s easy enough to understand why the impeachment managers are working so hard to separate Trump from the Republican Party: They still hold out hope of persuading some Republican jurors.

“When they played that clip, for example, of the insurrectionists chanting against the G.O.P., it was a powerful way to make the point that these people don’t represent you, senators, they represent Donald Trump and how disruptive an influence he’s been,” said Adam Schiff, the lead prosecutor on Trump’s first impeachment trial.

If Republicans were ready to move on from Trump, the impeachment managers would be giving them a gift. By convicting him, Republicans could, after reaping four years of rewards for their complicity, wash their hands of a leader many are said to privately disdain. Those who want to run for president themselves could clear the decks of a competitor. And, of course, they could ratify the narrative that Trump was aberrant, and that they bear no responsibility for his attempt to overthrow the democracy they purport to revere.

Last month The New York Times reported that McConnell was pleased about this impeachment, believing Trump deserved it and that it would make it easier to purge him from the party. House managers sometimes seem to be speaking directly to him.

Yet because much of the G.O.P.’s base appears to sympathize with the insurgents, the Republican jurors can’t accept what Democrats are offering. According to a new survey by a project of the American Enterprise Institute, 66 percent of Republicans believe that Biden’s victory was illegitimate. Thirty-nine percent of Republicans agree with the statement, “If elected leaders will not protect America, the people must do it themselves even if it requires taking violent actions.”