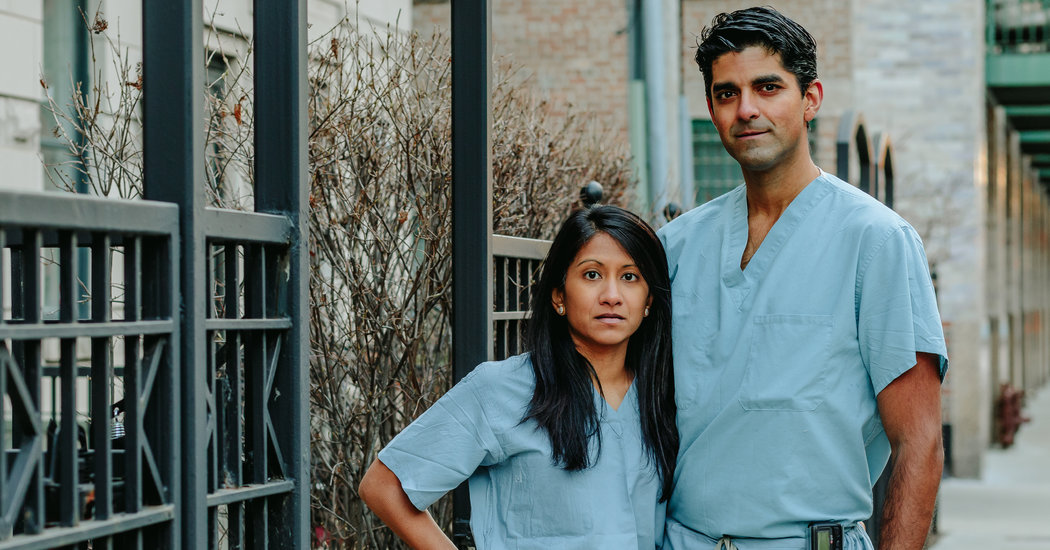 
“There’s a feeling of, ‘Oh my god, I’m not going in, I’m not working,’” said Dr. Stephen Goldstone, a surgeon in New York who is mulling whether to volunteer. “I feel totally guilty about not being there,” he said, especially because he has taught medical students that doctors are obligated to treat patients even when it means putting themselves at risk.

But that idea has not been tested in our lifetimes the way it is now. Even medical ethicists are divided about the degree to which medical professionals are required to put themselves in harm’s way. This is a question many of them have studied only in much more limited situations, or in the abstract. Now it’s pervasive and urgent, and everyone’s well-being rests on the answer.

“There are certain duties that go with your position in life,” said Dr. Steven Miles, an emeritus professor of medicine and bioethics at the University of Minnesota, adding that he had contracted tuberculosis, staphylococcal pneumonia, hepatitis and dysentery while treating patients in developing countries. “If we’re going to give doctors the monopolies on these tools, and compensate them, there comes a time when we say, ‘We’re going to need you for this work.’”

If firefighters refused danger, he said, “we couldn’t have a fire department.”

But firefighters at least wear full protective armor. They risk their own lives, typically without fear of inadvertently transmitting the danger to someone else. “The No. 1 rule is: You don’t create two victims,” said Dr. Douglas Diekema of the University of Washington, who argued that the continuing shortage of adequate protective gear somewhat lessened the moral obligation for health care workers.

No one I spoke with thinks it would be irresponsible of you to treat Covid-19 patients despite coming from other areas of medicine. Doctors with varied specialties are doing so — many working under supervision, handling tasks like monitoring oxygen and blood pressure or collating lab results.

Almost everyone feels unprepared, because the disease is so new and the treatments are still so uncertain, doctors said. “Would they still call us heroes if they knew we felt so helpless?” Dr. Craig Spencer, director of global health in emergency medicine at NewYork-Presbyterian/Columbia University Medical Center, recently wrote. That’s an unsettling change for ultra-specialized doctors like you, accustomed to working with more order and control. Dr. Megan Ranney, an emergency physician in Providence, R.I., said the chaos of treating conditions like gunshot wounds had been the best emotional training for the coronavirus. “We’re used to working at the liminal edge of the health care system,” she said.

The key to volunteering, other doctors said, is to find your own toehold. Several weeks ago, as the crisis climbed in New York, Dr. Judith Salerno faced a quandary similar to yours. For years, she had been running nonprofit organizations, seeing only a few geriatric patients on the side. “I was sitting doing Zoom conference calls, and all I heard were the sirens and the ambulances,” she said. Although she hadn’t worked in hospital medicine for many years, she volunteered at Bellevue. On her first day, she felt like an intern all over again.