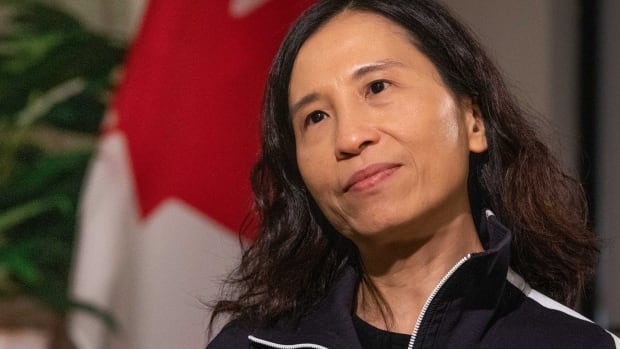 Canada’s top doctor told CBC News the federal government could have made earlier efforts to keep the COVID-19 pandemic from sweeping across the country — but moves to close borders and screen travellers for the illness sooner might not have made much of a difference.

In a wide-ranging interview, Canada’s Chief Public Health Officer Dr. Theresa Tam told CBC News that simply shutting the border to travellers from China and other COVID-19 hotspots earlier wouldn’t have stopped the virus from coming in from other countries — and that expecting officials to identify travellers at the border with virus symptoms was “unlikely.”

She also said the closure of the Canada/U.S. border did not happen sooner because it wasn’t part of the government’s pandemic preparedness plan.

“Could we have done more at the time? You can retrospectively say yes, absolutely, you could screen more, or you could change your stance. But at the time we had very, very few cases globally and in Canada,” Chief Public Health Officer Dr. Theresa Tam told the CBC’s Rosemary Barton.

During her first sit-down interview since the COVID-19 crisis began, Canada’s Chief Public Health Officer Dr. Theresa Tam tells CBC’s chief political correspondent Rosemary Barton that some pandemic measures could have been better executed and could have happened sooner. 1:43

The World Health Organization (WHO) was reporting by mid-January that human-to-human transmission of COVID-19 was possible, but Canada continued to let in Chinese travellers — some from Hubei province, the source of China’s outbreak.

While Tam acknowledged that many Canadians believed that shutting the border “would solve the problem,” the virus “had already travelled somewhere else” by that time — something that became obvious when cases started showing up in Canada linked to countries that were not reporting significant numbers of COVID-19 cases, such as Iran and some European countries.

“At the same time, I think there were countries that did more,” Tam added, citing border closures and airport screening introduced by some European countries and Iran.

“And in the end it wasn’t that effective, if you actually think about the countries in the end that were impacted, because I think from a public health perspective we always knew that the border was just one layer of additional measure.”

Tam said that by early March, only ten cases in Canada could be traced back to travel from China.

Tam also said that screening measures at international airports and border crossings likely would have failed because many carriers don’t display symptoms.

Screening is “highly unlikely to be picking up people with symptoms as they are crossing the international border,” she said, insisting that the policy of informing travellers of COVID-19’s symptoms — and of agencies to contact in the event of illness  — was effective.

The WHO did not declare the novel coronavirus outbreak a global pandemic until March 11. Tam said that the idea of shutting Canada’s borders to international travel wasn’t in the playbook of most health experts in the early days of the outbreak.

“It’s something that I’ve never experienced before … or even people that went before me, with more experience than us, [they] had never envisaged the world shutting down,” she said.

On March 16, Prime Minister Justin Trudeau announced that Canada was closing its international borders to non-Canadians. Two days later, Canada and the U.S. announced they would be closing the shared border to all non-essential travel.

With the number of cases growing rapidly in the U.S., it might have seemed logical to close Canada’s southern border sooner. Tam said that notion was not part of the country’s pandemic preparedness plan.

“In our pandemic preparedness, we actually had something called the North American Pandemic Avian Influenza Plan,” she said. “Some of the assumptions in influenza pandemics, at least, was that if it was in one country, it was in the other country and that border measures may not be that effective because, in effect, the virus is on both sides of the border.”

WATCH | Why Canada’s top doctor changed her stance on masks:

To date, the U.S. has reported more than one million confirmed cases of COVID-19 and more than 56,000 dead. Tam said that partially closing the border with the U.S. did help to protect Canadians from increased exposure to the virus.

“Absolutely,” she said. “The volume of travel between the countries is huge for both essential, and sort of more discretionary, travel. So the two countries are very, very connected.

Tam said that while some of Canada’s pandemic actions may not have been taken as soon as they could have been, federal and provincial governments have been increasing protective measures since the start. The federal government has been limiting the number of people it lets through the border, maintaining physical distancing and quarantine directives and distributing health advice.

“It’s just layers of protection really,” Tam said. “Some of them could have been stronger at the beginning, but all the other layers were being put in at the same time.

“Was it perfect? No. But I think as you’ve seen over time, and commensurate with a flexible, scalable response, those layers have kept being strengthened as well.”