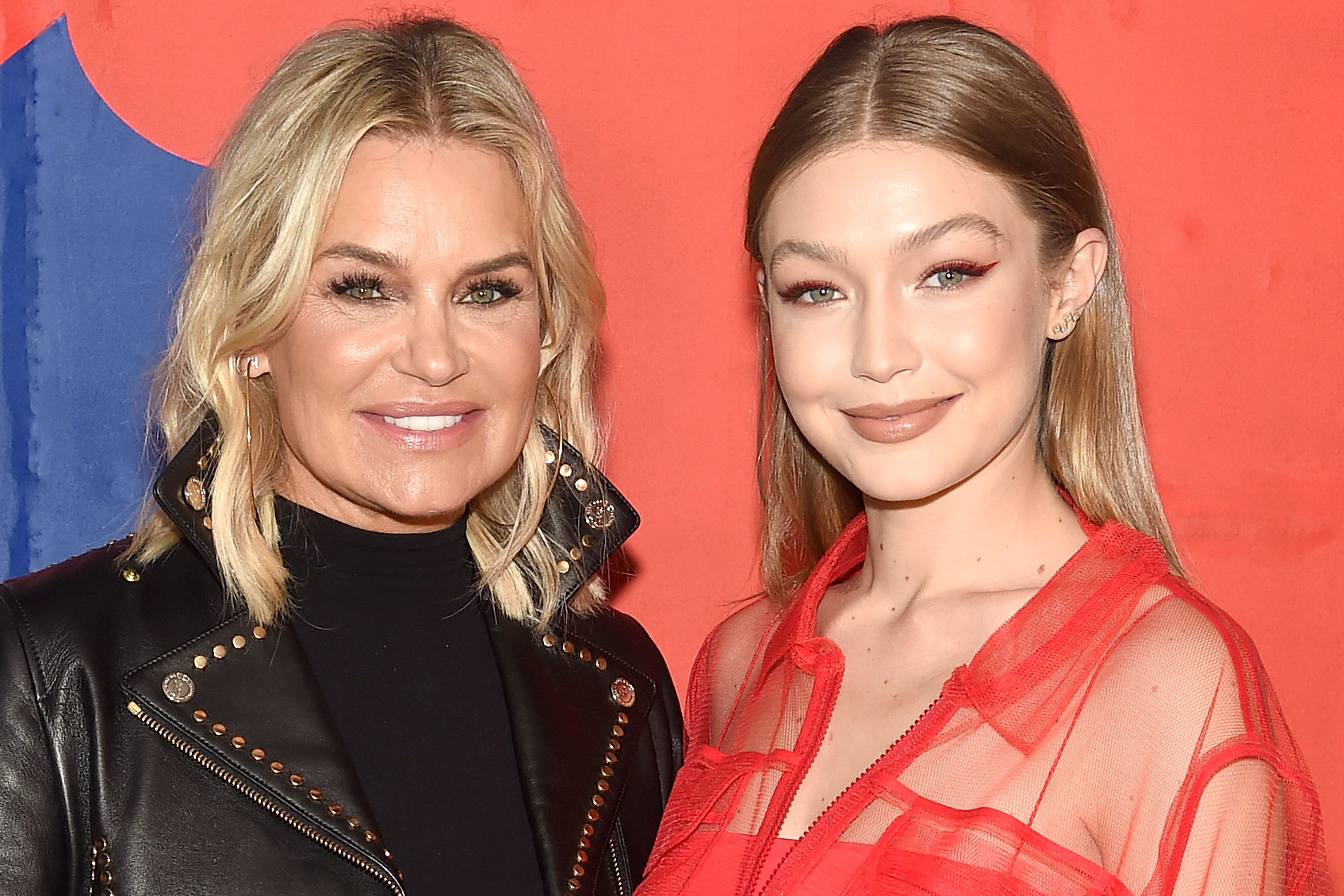 Gigi and Bella Hadid’s mother, Yolanda, seemingly made a mistake when she accidentally shared a pic in which the face of her granddaughter could be seen even though Gigi and Zayn have made it a point not to do that on social media yet. Realizing the mistake, Yolanda was quick to take the original post down and reupload a cropped version!

As you might know, Yolanda Hadid just celebrated her 57th birthday and she used this opportunity to count her blessings!

It turns out that her baby granddaughter ranked number one on the list!

Yolanda posted a pic of her hugging the infant lovingly, the two sporting matching Christmas outfits and in the caption, she gushed over the 4-month-old.

However, what people could not help but notice was that the baby’s face reflected in a mirror and therefore showed in the pic even though her head was turned away from the camera.

After Yolanda took it down and replaced it with a cropped version, a fan account reposted the original, other fans calling them out and asking them to respect Gigi and Zayn’s privacy and delete it.

As for the caption the proud grandmother wrote alongside the cute pic, it reads: ‘My birthday blessings…..When I woke up this morning and counted all of my blessings, this little Angel was ranked #1.It is a whole new feeling, I am feeling… a part of my heart I did not know existed…… I very much miss my mamma on this day that used to be ours, the first call of my day, 2 women reminiscing about life and what this day was like in 1964……’

While she may miss her own mother, Yolanda thankfully gets to spend her special day with Gigi.

The two ate some delicious sushi together and the supermodel took to her platform to post some pics from the dinner.

In the caption, she wrote: ‘Celebrated mamma’s birthday tonight @yolanda.hadid. Every year, I think I could not love, look up to, or learn from her more — and then I do. She is the best mom and Oma [grandma] we could ever ask for. So blessed. I LOVE YOU, THANK YOU FOR EVERYTHING. Wishing you the best year.’