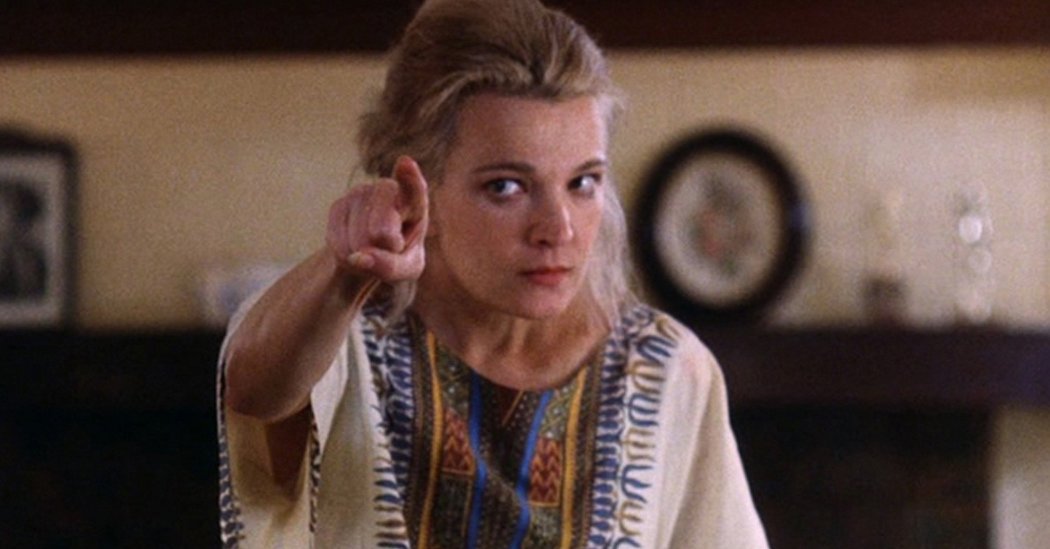 
What on earth is going on in the films of John Cassavetes? Any movie lover is bound to confront that question, perhaps under a cloud of misconceptions and secondhand impressions. Maybe you heard that Cassavetes, a critical figure in American independent film, had ushered in a new era of realism in movies. Maybe you saw “Shadows,” which inaugurated the actor’s directorial career in the late 1950s, and believed its closing title card: “The film you have just seen was an improvisation.” (It wasn’t, at least in any meaningful sense; the “Shadows” most of us know revised an earlier feature.)

And watching the fits of pure impulse that animate “Husbands” (1970) — in which three mourning friends suddenly jet off to London, among other surprises — or the childlike mannerisms of the characters that Gena Rowlands, Cassavetes’s wife, sometimes played, it is tempting to ask: Would anyone actually behave this way?

But Cassavetes’s films offer shades of humor, joy, terror and sadness that have no analogues elsewhere in cinema. Crucial to understanding them is the realization that “raw” is not the same as “recognizable,” and that if his films deserve the loaded label of realism, it is only in a sense that he creates characters whose psychologies are too personal to classify. That is even the subject of his wonderful “Opening Night” (1977): Rowlands plays an unraveling actress unable to perform until she has synced with her role’s idiosyncrasies.

The critic and programmer Dennis Lim wrote that the couples in Cassavetes’s films share a language “so hyperbolic and specific and almost inexplicable it must be love.” In the essay film “Los Angeles Plays Itself” (2003), Thom Andersen praised Cassavetes’s “comedies” (a designation that the director sometimes used) for having an “eye and an ear for ordinary madness, those flickers of lunacy that can separate us from our fellows.”

That is an excellent description of “A Woman Under the Influence” (1974), a strong candidate for Cassavetes’s greatest film and certainly one of his most characteristic in its emotional swings, its peculiarities and its catharsis. It deals with the shared life — call it madness, if you will — of a husband and a wife, and the times when their folie à deux edges into public view. Outsiders, perhaps united in bafflement with moviegoers first encountering Cassavetes, judge it or don’t understand them.

Stream it on Hulu, Kanopy or HBO; rent or buy it on Amazon, iTunes or Vudu.

‘A Woman Under the Influence’

The film opens with Nick (Peter Falk), a construction worker, learning that he’ll have to skip his “unbreakable” date night with Mabel (Rowlands) to fix a water main, a schedule change that foreshadows the greater rift to come.

Mabel is already preparing for their time together. She is introduced corralling their three children and piling them into her mother’s car with a weirdly emphatic command to keep her apprised. (“I don’t want any slip-ups on this,” she tells her mother, played by Rowlands’s own parent.) With date night canceled, Mabel, already drinking and talking to herself, wanders off to a bar, where she picks up a stranger (O.G. Dunn), whom she assumes — as she tends to with strangers — is well versed in what’s going on in her head. “Hey, you know Nick stood me up tonight?” she says.

Everybody knows Mabel is a little nuts. “She’s unusual. She’s not crazy, so don’t say she’s crazy,” Nick tells a co-worker. The morning after the water main repair, he brings a group of them over for a meal, in a scene whose sheer length and non sequiturs might throw anyone unfamiliar with the filmmaker. Mabel prepares spaghetti for Nick’s friends and introduces herself multiple times. The co-workers take turns singing operatically. Mabel peers so close to one it’s as if she’s inspecting his vocal cords. She grasps the cheeks of another: “This is what I call a really handsome face.” Nick decides she’s pushed her games too far. He shuts her down, and when the men leave, he calls her a “wacko,” with a mixture of fondness and alarm.

Nick accepts Mabel’s flightiness, but he frets over whether others do — with some cause. Later that day, another father brings his children over and grows worried watching the balloon-filled backyard party Mabel throws for them. The day culminates in a scene of extraordinary volatility and anguish. Nick becomes enraged, and Mabel tilts toward an apparent breakdown. Nick, who has called a doctor to examine her, embraces her tightly and apologizes for the intervention even as he participates in it. During a brief moment when he is suddenly alone, he closes his eyes and bows his head, perhaps realizing that repressing Mabel is a betrayal, and that forcing them apart means betraying himself.

With Mabel committed, it doesn’t take long for Nick to settle into his own form of lunatic domesticity. “Comes to mind I don’t know my kids,” he decides, and his solution is to nab them from school for a chilly day at the beach. After the family outing, he gives them beer in the flatbed of a truck. That evening, when Nick puts them to bed and then asks if they are hungry, his mind seems as erratic as Mabel’s.

But it would be a mistake to peg the movie as a critique of homemaking. Noting that it’s reductive to call Mabel an “oppressed housewife,” the Cassavetes scholar Ray Carney said in an interview that, in Cassavetes’s films, “every time we want to lasso a character or a scene with an idea, it scoots away from us.” That ambiguity is central to his movies: As Carney suggests, they are too particular, too magical, vital and strange, to condense to diagnoses of the world.

The last section of the film is set six months later, when Mabel returns from the hospital. Her odd backyard party for the children is mirrored in Nick’s homecoming celebration for her, which in its own way is wildly inappropriate. He has invited far too many people, some of whom barely know Mabel, and not provided so much as a Coke for them to drink. He and his mother (Katherine Cassavetes) kick them out just as Mabel pulls up, leading to a scene of hilarious awkwardness as the guests tender their hellos and goodbyes in the pouring rain. Something is off, both with Mabel and the atmosphere.

Just before an extended-family dinner that is the subdued opposite of the spaghetti lunch, Nick takes Mabel into the darkened stairwell and begs, in close-up: “I just want you to be yourself.” He coaxes her to make the raspberry noises she always does with her lips (rhymed by the kazoo scoring in the closing scene). The finale restores their rituals: Mabel utters the word “spaghetti,” like a mantra, and calls one kid “banana,” the nickname both parents use, as she tucks him in.

Affection passes wordlessly between the couple. As Nick puts a bandage on Mabel’s hand, she asks, “Do you love me?” He is tongue-tied. Is that realistic? For Nick and Mabel, this is the only reality there is.