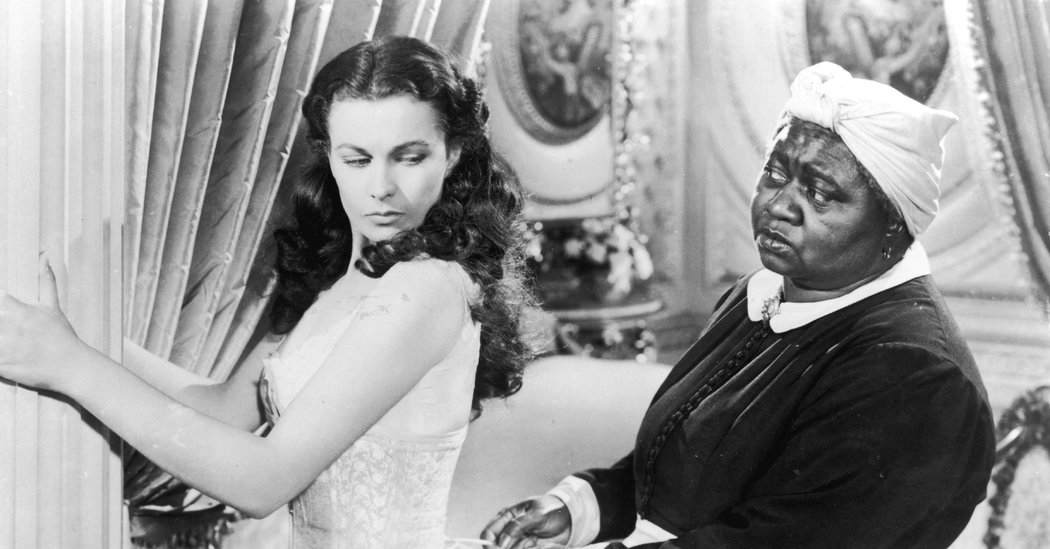 
HBO Max has removed from its catalog “Gone With the Wind,” the 1939 movie long considered a triumph of American cinema but one that romanticizes the Civil War-era South while glossing over its racial sins.

The streaming service pledged to eventually bring the film back “with a discussion of its historical context” while denouncing its racial missteps, a spokesperson said in a statement on Tuesday.

Set on a plantation and in Atlanta, the film won multiple Academy Awards, including best picture, and remains among the most celebrated movies in cinematic history. But its rose-tinted depiction of the antebellum South and its blindness to the horrors of slavery have long been criticized, and that scrutiny was renewed this week as protests over police brutality and the death of George Floyd continued to pull the United States into a wide-ranging conversation about race.

“‘Gone With the Wind’ is a product of its time and depicts some of the ethnic and racial prejudices that have, unfortunately, been commonplace in American society,” an HBO Max spokesperson said in a statement. “These racist depictions were wrong then and are wrong today, and we felt that to keep this title up without an explanation and a denouncement of those depictions would be irresponsible.”

HBO Max, owned by AT&T, pulled the film on Tuesday, one day after John Ridley, the screenwriter of “12 Years a Slave,” wrote an op-ed in The Los Angeles Times calling for its removal. Mr. Ridley said he understood that films were snapshots of their moment in history, but that “Gone With the Wind” was still used to “give cover to those who falsely claim that clinging to the iconography of the plantation era is a matter of ‘heritage, not hate.’”

“It is a film that, when it is not ignoring the horrors of slavery, pauses only to perpetuate some of the most painful stereotypes of people of color,” he wrote.

By several measures, the film was one of the most successful in American history. It received eight competitive Academy Awards and remains the highest-grossing film ever when adjusting for inflation. In 1998, it placed sixth on the American Film Institute’s list of greatest films of all time.

There was little criticism of the film when it was released, though in 1939 an editorial board member of The Daily Worker, a newspaper published by the Communist Party USA, called it “an insidious glorification of the slave market” and the Ku Klux Klan.

But the world in which it is viewed has changed, and with each decade discomfort has grown as people revisit its racial themes and what was omitted. In 2017, the Orpheum theater in Memphis said it would stop showing the film, as it had done each year for 34 years, after receiving complaints from patrons and other commenters. The president of the theater said it could not show a film “that is insensitive to a large segment of its local population.”

Based on a 1936 book by Margaret Mitchell, the film chronicles the love affair of Scarlett O’Hara, the daughter of a plantation owner, and Rhett Butler, a charming gambler. Critics have long said that the slaves are depicted as well-treated, content and loyal to their masters, a trope that rewrites the reality of how enslaved people were forced to live. Hattie McDaniel became the first African-American to win an Oscar by playing Mammy, an affable slave close to Scarlett O’Hara.

The nationwide protests of recent weeks have caused other entertainment companies to reconsider how their content is viewed in the current climate. The Paramount Network said on Tuesday that it had removed “Cops,” the long-running reality show that glorified police officers, from its schedule before its 33rd season.

There have also been similar moves in Britain. On Monday, the BBC removed episodes of the comedy series “Little Britain” — which featured one character in blackface — from its streaming service.

“Times have changed since ‘Little Britain’ first aired so it is not currently available on BBC iPlayer,” a BBC spokesperson said. The show had already been removed from Netflix and was also taken off the BritBox streaming service.

“Little Britain,” which was shown in the early 2000s, was created by David Walliams and Matt Lucas. Mr. Lucas, who was recently named the new host of “The Great British Baking Show,” has said in interviews that he would not make “Little Britain” today.