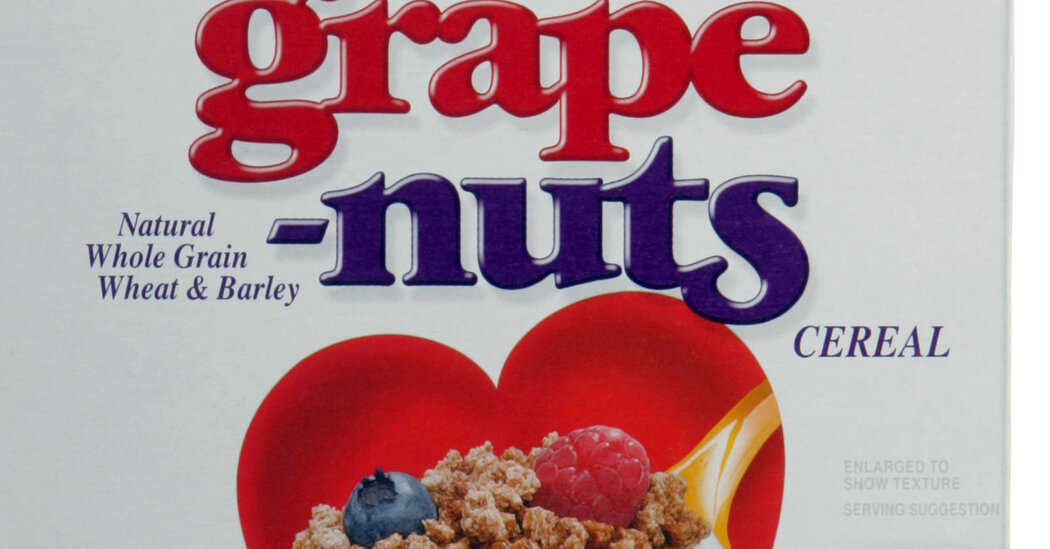 
After a monthslong, nationwide shortage of its polarizing cereal, the maker of Grape-Nuts is trying to reassure customers that the familiar wheat-and-barley breakfast will soon be back, still with no grapes or nuts.

The cereal’s manufacturer, Post Consumer Brands, announced on Thursday that it would be shipping the cereal at full capacity by mid-March, after supply-chain constraints and higher demand during the pandemic caused a shortage in late 2020.

“We recognize that the temporary Grape-Nuts shortage has been frustrating to fans given that Grape-Nuts is a one-of-a-kind cereal and there is no other cereal like it on the market,” Kristin DeRock, the cereal’s brand manager, said in a statement.

She added, “We ramped up production and are running full swing 51 out of the next 55 days.”

The shortage put loyal customers on edge and led to an outcry on social media, where fans expressed their frustration and told of the challenges they faced searching for the cereal.

On Reddit in December, in the depths of winter and before the cereal maker had publicly acknowledged the shortage, one person captured the mood by writing, “WHERE ARE ALL THE GRAPE NUTS???” Some shared photos of their last box while others reported seeing inflated prices for the rare boxes listed on websites online.

Some commenters, with a committed loathing for the cereal, mocked the shortage and compared the product to gravel or called it an unsettling, and perhaps indigestible, mystery.

David Heyman, a marketing professional and avid consumer of Grape-Nuts, searched for about two months for the nuggets without success. He followed the shortage on Twitter and Facebook, and signed up for a notification list that will alert customers when the product returns and provide a coupon for $1.50 off their purchase.

As part of its public apology campaign, Grape-Nuts is also offering customers a chance to be one of 10 people to win the cereal free for a year, a would-be blessing for die-hards like Mr. Heyman, who praised the company’s efforts to recover from the shortage.

“They are definitely doing good marketing to bring customers back,” he said on Friday.

Despite his own tribulations looking for Grape-Nuts, he did not give up, and on Jan. 30, he got lucky and scored two boxes at a Walmart in the Pittsburgh area. “So I am happy for now,” he said, “having Grape-Nuts for breakfast every morning.”

Kaluuya approached his performance from several angles at once. He steeped himself in the Panthers’ formative influences, including works by