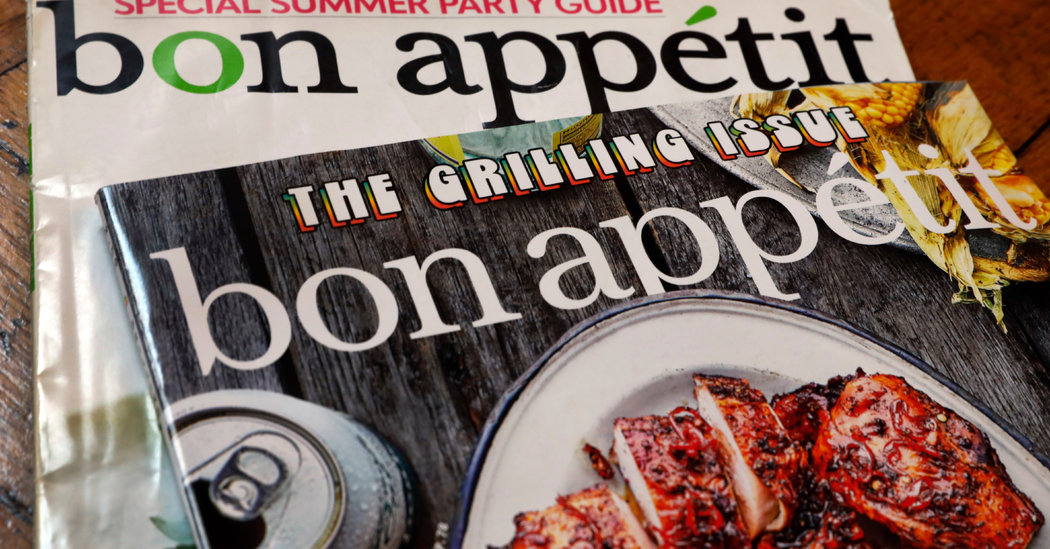 
The head of Condé Nast’s fast-growing lifestyle programming group resigned Wednesday after accusations of bias from several employees, the second executive to depart the company in recent days after a staff-led uprising focused on the magazine giant’s difficulties with race.

Matt Duckor, a vice president in charge of programming, who oversees videos for Bon Appétit and other titles, confirmed in a brief interview that he had left the company.

“I am no longer with Condé Nast,” he said.

Mr. Duckor left the company, the home of Vogue, The New Yorker and Vanity Fair, among other publications, two days after Adam Rapoport resigned as editor in chief of Bon Appétit. Mr. Rapoport stepped down soon after a 2004 photo showing him wearing a racially insensitive costume resurfaced on social media.

The online appearance of the photo sparked a revolt among Condé Nast employees, many of whom described an entrenched culture of racial insensitivity.

The departures have come as part of a sudden cultural shift at Condé Nast and other media companies that has taken place against a backdrop of the worldwide protests prompted by the killing of George Floyd, a black man who died in Minneapolis on May 25 after he was pinned to the ground by a white police officer.

In recent days, high-ranking editors have also left other publications, including The New York Times, The Philadelphia Inquirer and Refinery29, after facing similar complaints from current or former employees of those organizations.

Mr. Duckor played a significant role in deciding the dishes that would be presented in the videos and which staff members would go before the camera. Several Bon Appétit staff members had pressed him to highlight more diverse cuisines, according to Sohla El-Waylly, an assistant editor at Bon Appétit. They also sought equitable compensation for their work.

“I had meetings with him over the way editors who were people of color were tokenized and pushed to the side of white editors,” Ms. El-Waylly said.

An online petition that called for the removal of Mr. Duckor (whose wife, Dawn Perry, has written freelance articles for The New York Times) described him as “the architect of a predatory and discriminatory system that paid white editors at Bon Appétit for their video work, while their nonwhite editors received nothing.” In two days the petition gained more than 5,000 signatures.

Several of Mr. Duckor’s old tweets came to light amid the staff unrest. In several posts, he made jokes about gay men, same-sex couples, black people and Asian people.